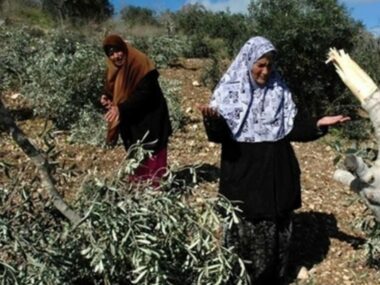 Hasan Breijiyya, the head of the Bethlehem office of the Wall & Colonization Resistance Commission, said the soldiers bulldozed 3 Dunams of land near the main road leading to Wadi Fukin village and uprooted 50 olive trees, owned by Halima Abdul-Fattah ad-Dibis.

In Husan village, the soldiers uprooted at least 200 olive trees on lands in the al-Kanisa area, west of the city.

He added that the orchard is owned by Haidar and his brother Hamed Abdul-Aziz Hamamra, and is surrounded by the illegal Beitar Illit colony which was installed on stolen Palestinian lands.

The area is subject to frequent Israeli violations and assault by both the soldiers and the illegal colonizers.