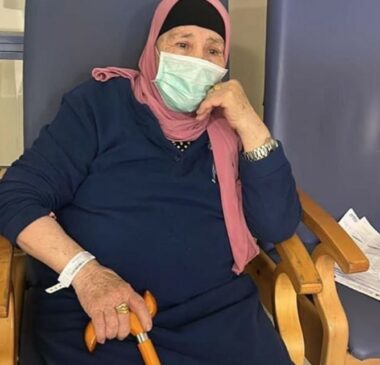 Israeli soldiers abducted, on Tuesday evening, a young Palestinian man after assaulting him, in addition to attacking an elderly woman in the al-‘Isawiya town and Jabal al-Mokabber, northeast and southeast of occupied Jerusalem, in the West Bank.

Eyewitnesses said the soldiers assaulted Ali Sofian Obeid while he was working at a gas station near the main entrance of al-‘Isawiya town, before abducting him.

They added that several soldiers, including undercover officers, attacked the young man, and forced him onto the ground before cuffing him, and taking him to an interrogation facility in Jerusalem.

In addition, the soldiers assaulted and injured an elderly woman, identified as Najma Oweisat, 70, in Jabal al-Mokabber town, southeast of Jerusalem.

Medics rushed to the town and moved the injured elderly women to a hospital in Jerusalem.

In related news, the soldiers invaded the Industrial Zone in the al-Biereh city, in the central West Bank, leading to protests.