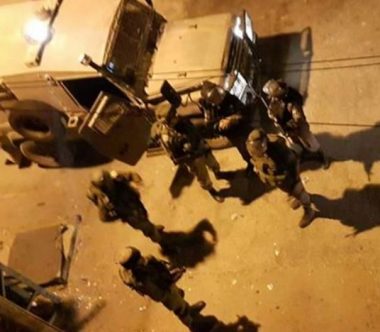 Several army vehicles invaded the village, before the soldiers stormed and searched homes, and interrogated many Palestinians.

The soldiers also searched the home of ‘Assem Sha’bana, and occupied its rooftop before using it to fire gas bombs and rubber-coated steel bullets at local youngsters who hurled stones at military jeeps invading their village, causing many Palestinians to suffer the effects of teargas inhalation.

Zabbouba has been subject to frequent Israeli military invasions, and searches of homes, leading to ongoing clashes.