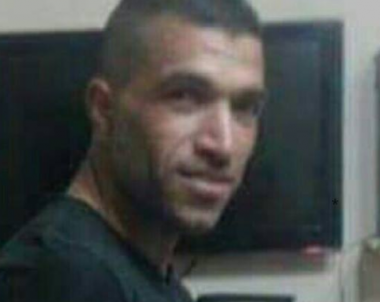 Dozens of undercover Israeli soldiers killed, on Sunday at dawn, a Palestinian man in Nabi Saleh village, northwest of Ramallah.

The Palestinian was later identified as Amer Ahmad Khalil Tirawi, 34; he was a married father of one child, from Kafr Ein village, northwest of Ramallah.

The Israeli army said  the Palestinian was suspected of carrying out a shooting attack, a day earlier, near Um Safa Palestinian village and Ateret Israeli settlement, and of another shooting targeting a military post in the area.

According to the army, the first incident took place when Amer opened fire on a car of an Israeli colonist, near Ateret illegal settlement, and the second targeted a fortified military base, near Nabi Saleh.

Israeli Ynet News said the invasion was carried out by Police SWAT teams, Israeli soldiers and Shin Bet security officers, and claimed that the soldiers were attempting to detain him, after identifying him, and his location.

The army claims that the Palestinians was killed after he “attempted to open fire on the soldiers with his homemade weapon,” and that another Palestinian, who was with him, was taken prisoner.

Furthermore, the soldiers invaded and searched, Sunday, many homes in Hebron city, in addition to Doura, Safa and Beit Ummar towns, before abducting Arafat Za’aqeeq, the father of Omar Za’aqeeq, 19, who was killed by Israeli army fire on November 27, 2015.

The soldiers also confiscated the car of another Palestinian, in addition to holding an ambulance transporting a child to a local hospital. 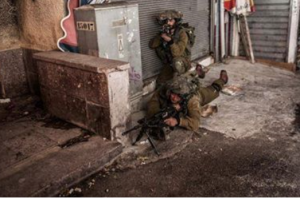 Israeli soldiers invaded, on Sunday at dawn, the village of Nabi Saleh, northwest of Ramallah, in the occupied West Bank, and killed a young Palestinian, who reportedly tried to open fire on the invading forces.

The Israeli army claims that the soldiers invaded Nabi Saleh after two incidents when live fire was used against Israeli soldiers and colonist settlers.

According to the army, the first incident took place when an armed Palestinian resistance fighter opened fire on a car of an Israeli colonist, near Ateret illegal settlement, and the second targeted a fortified military base, near Nabi Saleh.

Following the shooting, dozens of soldiers invaded Nabi Saleh to conduct arrests and searches of homes and property, before the young man reportedly “pointed his gun at the soldiers who shot him dead.”