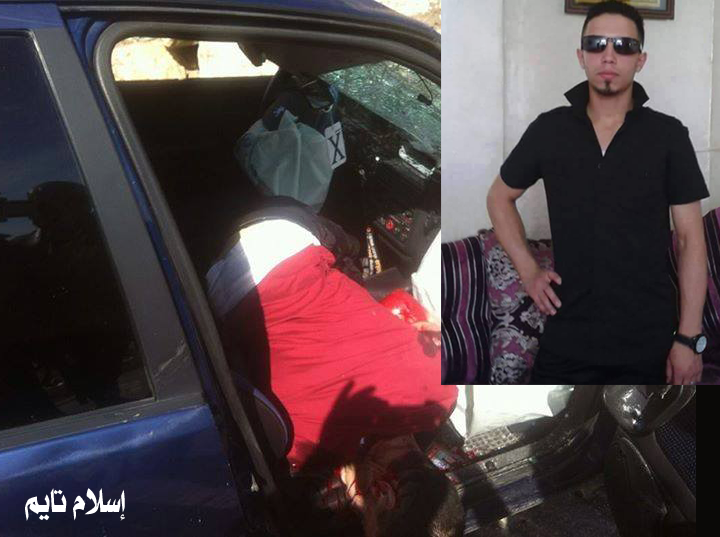 Medical sources have reported, Friday, that a Palestinian teen, 19 years of age, was shot dead with several live Israeli army rounds, on the entrance of Beit Ummar town, north of the southern West Bank city of Hebron. The army said he rammed his car into soldiers, wounding five. Eyewitnesses said the soldiers fired a large number of bullets on the Palestinian, identified as Omar Arafat Za’aqeeq, before placing him in a black bag, and an Israeli ambulance took him to an unknown destination.

The Israeli army is claiming Za’aqeeq deliberately rammed his car into the soldiers. His father was ordered to head to the Etzion military base for interrogation.

Israeli daily Haaretz said the five soldiers suffered injuries to their limbs, and that four of them sustained moderate wounds, one sustained a mild injury, and were moved to the Shaare Zedek Medical Center, and the Hadassah Hospital, in Jerusalem.

Haaretz also stated that, although the ‘military commanders aren’t encouraged, pressure from the political leadership of the Israeli government might push the army to conduct a massive offensive in Hebron.’

The slain Palestinian is the brother of Shadi Khseib, who was killed by a paramilitary Israeli settler five days ago.

Earlier on Thursday, a Palestinian man, identified as Samer Hasan Seriesi, 51 years of age, was shot dead by Israeli soldiers, at the Za’tara military roadblock, south of the northern West Bank city of Nablus.

Israeli medics were called to the scene, but stood at a distance, without providing the man with life-saving medical attention.

On Thursday morning, dozens of soldiers invaded Qotna town, northeast of occupied Jerusalem, shot and killed one Palestinian, kidnapped and wounded several others.

The slain Palestinian, Yahya Yosri Taha, 21 years of age, was shot with a live round in the head.

The death of Za’aqeeq brings the number of Palestinians killed by Israeli military and paramilitary forces since October 1st 2015 to 104, including 22 children and four women.

These include a mother who was five months pregnant, who was killed along with her two-year-old child, after the army bombarded their home in Gaza.