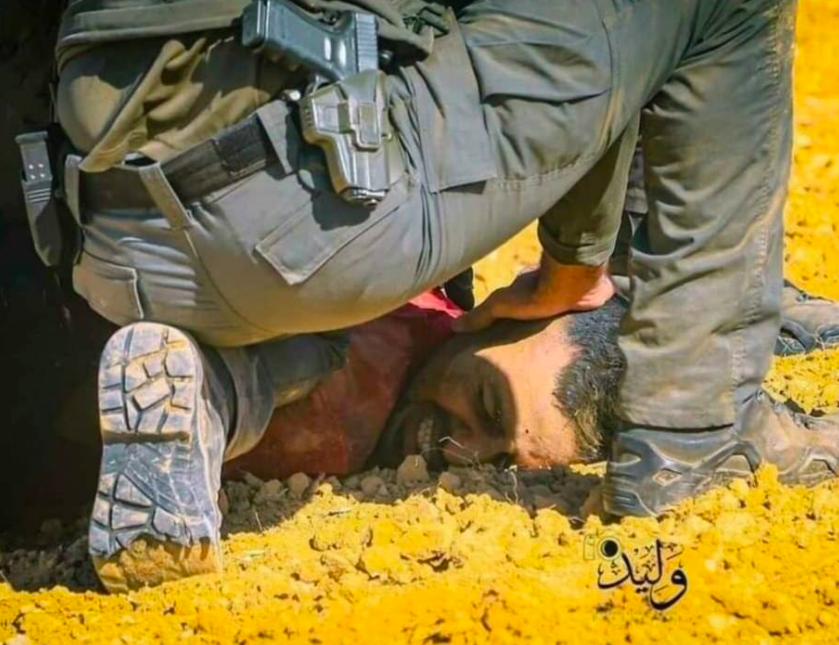 Israeli soldiers invaded the village of Al-Atrash, Monday, and assaulted and detained a number of Palestinian residents including a journalist, Quds News Network reported.

In the Bedouin village of Al-Atrash, in the southern Negev desert, in the 1948 occupied territories now called Israel, soldiers accompanied bulldozers which began to raze large areas of land.

Additionally, occupation forces tore down a residential tent belonging to the Atrash family in the nearby al-Ruwais village, leaving them without shelter.

During the land levelling, soldiers assaulted several residents who protested the destruction, before detaining one unidentified resident.

Soldiers also assaulted and detained a Palestinian journalist, identified as Yasser Aqabi, who was attempting to provide coverage of the incident.

Israeli occupation soldiers brutally assault and detain a #Palestinian young man during an ongoing offensive on the village of Al-Atrash in the Naqab desert, south of 1948-occupied Palestine, today. pic.twitter.com/6YksQOboJY