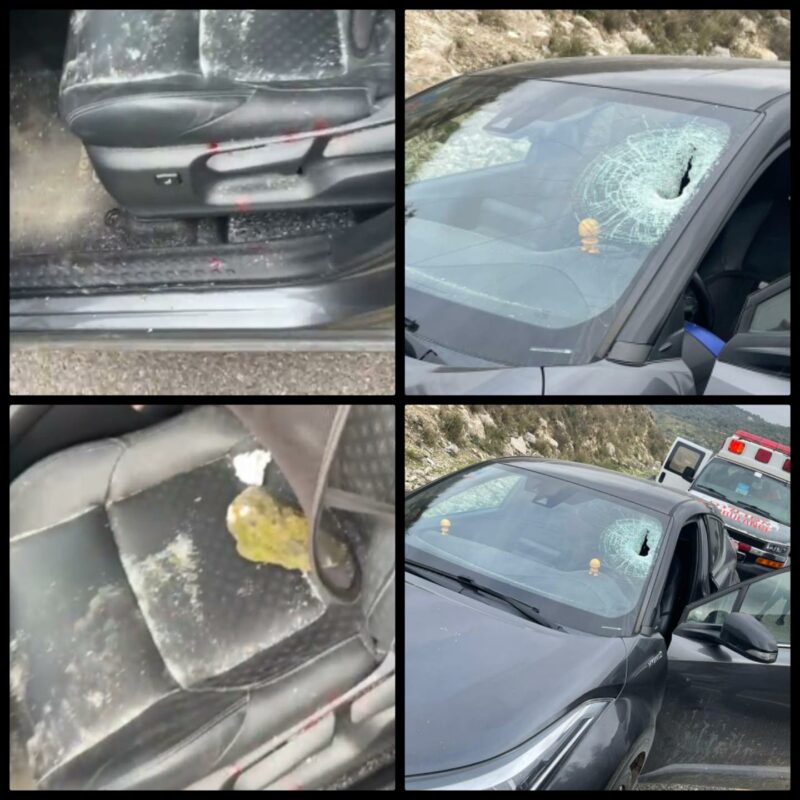 Illegal Israeli colonists attacked, on Monday, Palestinians while they were driving into and out of Ramallah, north of al-Biereh city in the central occupied West Bank, injuring one, according to local sources.

Witnessed added that the settlers caused damage to some of the vehicles and terrorized the drivers, and held up traffic to Palestinian commuters on their way to work.

According to the Wadi Hilweh Information Center (Silwanic), one Palestinian, identified as Mrs. Abeer Abu Jamal, suffered a jaw fracture, and her vehicle was damaged when a rock struck the windshield of her car.