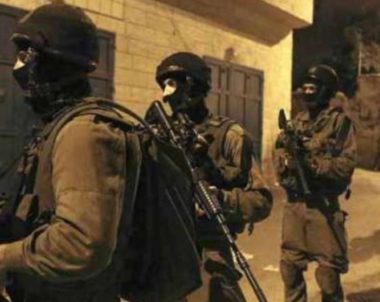 Israeli soldiers invaded, earlier Sunday, Hebron city, and near by Yatta town, in the southern part of the occupied West Bank, searched homes, and summoned a former political prisoner for interrogation.

They added that the soldiers also invaded Yatta town, south of Hebron, and searched the homes of Mohammad Hussein al-Mahaina.

In addition, the soldiers installed roadblocks in several areas in the Hebron governorate, stopped and searched many cars and interrogated the residents while inspecting their ID cards.