Soldiers Shoot A Palestinian In Jericho 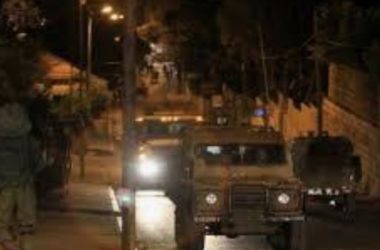 Media sources in Jericho said many Palestinians protesters the invasion, before the soldiers fired many live rounds and gas bombs at them.

They added that the soldiers shot and moderately injured one Palestinian, 17 years of age, with a live round, and caused many others to suffer the effects of teargas inhalation.

The wounded teen was rushed to Jericho governmental hospital, while medics provided several Palestinians with the needed treatment for the effects of teargas inhalation.