Soldiers Shoot A Woman, Abduct Her Son, In Jerusalem 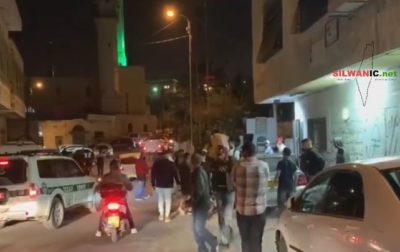 Israeli soldiers invaded, on Thursday evening, the al-‘Isawiya town in occupied East Jerusalem, and shot a woman with a rubber-coated steel bullet in her head, before abducting her teenage boy.

The Wadi Hilweh Information Center in Silwan (SIlwanic) said the soldiers attacked many Palestinians, who were protesting the invasion into the area of a local mosque, especially after the soldiers stormed and searched stores and homes.

The woman was moved to Hadassah Medical Center in Jerusalem, while her son was taken to a detention facility in the occupied city.

In related news, the soldiers abducted a former political prisoner, identified as Mohammad Ibrahim Abu Mariya, 24, after stopping him at a sudden military roadblock, near the al-Arroub refugee camp, north of Hebron, in southern West Bank.

The abducted Palestinian is from Beit Ummar town, north of the Hebron; the soldiers took him to a nearby military base.