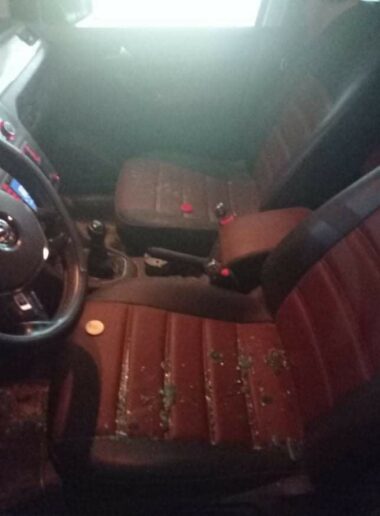 Israeli soldiers injured, on Wednesday at dawn, five Palestinian workers from Bir Nibala town, in addition to abducting four Palestinians, including one woman, from their homes in the al-Jalazoun refugee camp, near the central West Bank city of Ramallah.

The sources added that the soldiers abducted Nabila in order to pressure her son, Ahmad, to turn himself in to the military.

The soldiers also abducted a former political prisoner, identified as Tha’aer Zoheir Samad’a, and summoned Mohammad Hamdan Abu as-Sabri for interrogation after invading and searching their homes in the refugee camp.

In related news, the army shot three Palestinian workers with rubber-coated steel bullets and caused two to suffer the effects of tear gas inhalation, after the soldiers fired rubber-coated steel rounds and gas bombs at their car, as they were driving near the al-Jalazoun refugee camp.

Medical sources said local medics rushed to the scene and provided the wounded with the needed urgent treatment before moving them to the Palestine Medical Complex.

The army also invaded Deir Nitham village, north of Ramallah, and drove around its various streets before withdrawing.