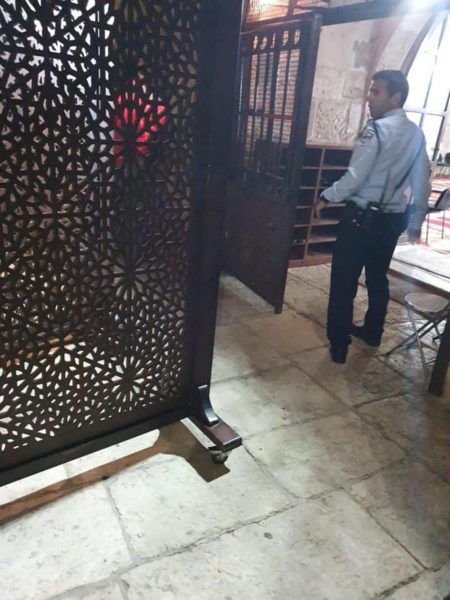 Israeli occupation police and soldiers invaded, on Sunday at dawn,  Bab ar-Rahma mosque, to the east of Al-Aqsa mosque, removed the worshipers and its contents.

Director of Public Relations and Information at the Islamic Endowments Department, Firas Al-Debs said that soldiers and the police stormed the site ahead of the dawn prayer, removed the wooden barriers to separate the men from the women inside the praying area and the shoe cupboard, and placed them several meters away.

He noted that Israeli police took the contents of Bab al-Rahma Mosque, a week ago, but returned them, warning of repeated raids.