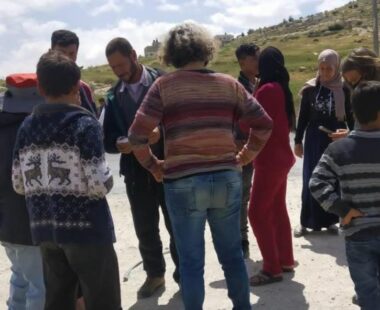 Israeli soldiers summoned, Saturday, a Palestinian child from Masafer Yatta area, south of the southern West Bank city of Hebron, for interrogation at a military base in Hebron city.

He added that the soldiers initially detained his son for more than an hour, but the locals intervened and prevented the army from taking him to the military base.

The soldiers then verbally ordered the child to head to the military base in the illegal Keryat Arba’ colony, in Hebron city, without giving him or his family any cause or justification.