South Africa Reiterates its Support for Palestine at UN 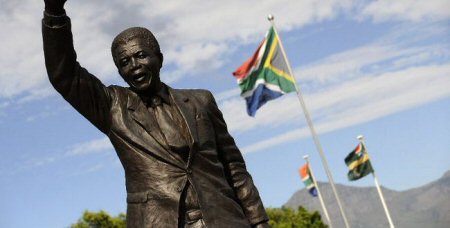 According to the United Nations website, this year, the Special Meeting in observance of the International Day of Solidarity with the Palestinian People was held on 29 November 2019, at the UN Headquarters in New York.

In attendance were; the Presidents of the General Assembly and the Security Council, as well as the Chef de Cabinet of the UN Secretary-General.
Representatives of inter-governmental organizations and civil society made statements on the question of Palestine.

The Palestinian News and Info Agency (WAFA) reported that on this occasion, the spokesperson for South Africa expressed its concern with regards to the actions of the Government of Israel. It said that Israel is seeking to foreclose the final status issues, thereby disregarding UN Security Council resolutions on the Middle East Peace Process.

An official statement by the South African Department of International Relations and Cooperation stated;

The statement added that a just ending of the Israeli occupation;

“must address disputes regarding the borders for a viable two-state solution, the return of all Palestinian refugees, the status of East Jerusalem as the capital of a Palestinian State and halting all illegal settlements.”

“South Africa calls on all key stakeholders to ensure that all obligations under international law are met in order for a peaceful and just ending of the occupation of Palestine.”