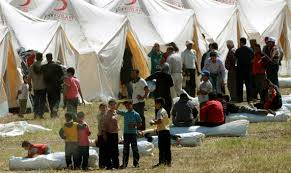 The Working Group for the Palestinians of Syria has confirmed a spread of serious diseases among Palestinian refugees in the southern region of Damascus.

According to Al Ray Palestinian Media Agency, the group said in a press release, Monday, that the diseases spread in the areas of Yilda, Babila, Beit Sahem, and affected children in particular; there were cases of acute diarrhea, enteritis, and other diseases.

It reported that, with the high temperatures of summer, diseases and epidemics spread widely between civilians and hundreds of Palestinians in Yarmouk camp because of drinking water wells and contaminated water which does not meet the specifications of health.