Tayseer Khaled: American Envoys to the Region are Unwelcome 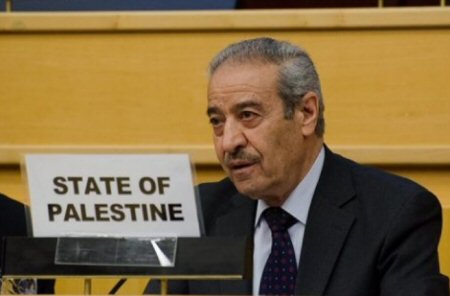 Tayseer Khaled, member of the executive committee of the Palestine Liberation Organization ( PLO ) and of the Politbureau of the Democratic Front for the Liberation of Palestine, posted a tweet on social networking sites entitled, ”The American envoys to the region are not welcome.“

He added, according to the PNN, that US President Donald Trump’s adviser Jared Kushner and special envoy Jason Greenblatt will arrive in the region next week, to discuss the humanitarian situation in the Gaza Strip and to market the American “Deal of the Century” in the Arab world.

He continued, saying that the visit includes Saudi Arabia, Qatar, Egypt, Jordan and the occupying power of Israel . The American envoy was preceded by a meeting between Kushner, Greenblatt, the US Ambassador to the United Nations, Nikki Haley, and the UN Secretary-General, to discuss the humanitarian situation in the Gaza Strip and the situation in the region. After the latest slap received by the American administration, at the emergency meeting of the United Nations General Assembly, which adopted a draft resolution calling for international protection of the Palestinian people under occupation.

Khaled concluded his blog by calling the concerned Arab countries to focus the discussion, with the US delegation, to the means of implementing the resolution of the General Assembly, to provide international protection to the Palestinian people under occupation, and a call to the Palestinian Authority to expose the malicious intentions of the American envoys and block the political maneuvering by respecting the decisions of the National Council and stopping all measures and sanctions imposed on the Gaza Strip.