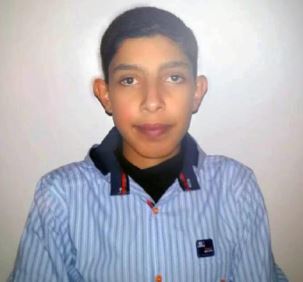 Ahmed Hasan Shbair, a 17-year-old Gaza boy with a congenital heart condition, died in Gaza on January 14, 2017, after the Israeli Authorities denied his permit application to travel for urgent surgery in Israel where he had been receiving care, a report by the World Health Organization (WHO) said.

WHO stated in its monthly report on referral of Gaza patients for treatment outside the besieged Gaza Strip, that Shbair’s family had applied four times for a permit since November 3, and both he and his mother were interrogated by Israeli security services as a condition of the request.

It added that two requests were denied, and his third request went unanswered.

After missing three previous hospital dates when the army denied his permit applications, Shbair made a new hospital appointment and applied a fourth time in January.

However, his condition deteriorated suddenly in the early morning of January 14, and he had difficulty breathing. His family brought him to the Shifa hospital emergency department in Gaza City, but he died soon after.

It is worth mentioning that Shbair’s mother told Palestinian media outlets that Israel tried to bargain with the family by asking Ahmad to become a collaborator with the occupation, but he refused to inform on his people, even though he knew he will die if he didn’t have the surgery.

She added that, on October 10th, 2016, the Israeli Authorities asked Ahmed to return to Erez crossing, but instead of granting him a permit, they started bargaining with him, asking him once again to become an informant.

His father said that the soldiers at Erez terminal stripped his son, and threw all of his medications and food, and forced him to wait for a security officer for several hours.

He added that, after the officer came to see him, he too told him that if he becomes a collaborator, and provides them with information, starting with his family and friends, he will be allowed to enter Israel for treatment.

“Ahmed was shocked, especially when the officer told him that he knew about his difficult health condition, and told him that he would allegedly be provided with the needed treatment by the best doctors,” the father said, “But my son refused this blackmail, and refused to betray his friends, and his people.”

“Ahmed told the officers that her preferred death over treason, and that the Palestinian Authority referred him to the Israeli hospital, and will be paying the entire amount required to his treatment,” the father added.

It is worth mentioning that Ahmad traveled for treatment forty times since his birth, but the last two years of his life witnessed ongoing rejections from the Israeli army, denying him access to the country for treatment, and attempting to recruit him as an informant in exchange for that.

In its report (WHO) said more than half of the patients who applied in January for a permit to leave Gaza through Beit Hanoun (Erez) crossing for treatment in Israeli, East Jerusalem or West Bank hospitals, had their applications either denied or delayed by Israel.

In addition, 61.4% of patients’ companions were denied or delayed permits.

The report said 35 patients (24 males and 11 females) including two children were requested by the Israeli General Security Services for interviews at Erez during January. Only eight were approved.