Ten Months After Killing Him, Soldiers Transfer Corpse of Slain Palestinian To Family 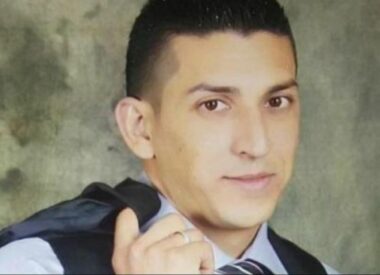 Israeli soldiers handed, on Thursday at dawn, the corpse of a slain Palestinian, who was shot by the army more than ten months ago, back to his family for burial, under strict conditions and limitations.

Media sources said the soldiers transferred the corpse of Maher Ibrahim Za’atra, 33, to his family for burial in Jabal al-Mokabber town, in occupied Jerusalem.

They added that the soldiers imposed severe restrictions on the burial ceremony, only allowing a few family members to attend, under heaving deployment by the soldiers around him home, in addition to the graveyard and its surrounding areas.

Za’atra, from Jabal al-Mokabber village, south of occupied East Jerusalem, was a father of three children, and his wife was also pregnant.

It is worth mentioning that Israeli soldiers and police officers killed Za’atra, on February 22, 2020, after firing a barrage of live rounds at him at Lions’ Gate of Jerusalem’s Old City, reportedly after attempting to stab them.

In an act of retribution and collective punishment, the soldiers invaded the home of the slain Palestinian, ransacked the property, before abducting his mother, and two brothers.