Terms of Initial Israeli Agreement on Egyptian Proposal Put forth 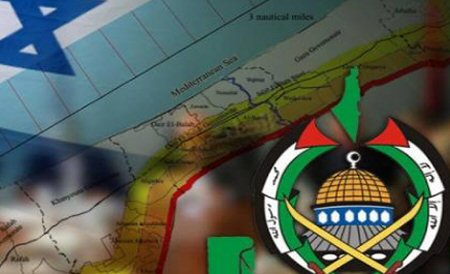 An initial Israeli agreement, on the Egyptian vision regarding a truce with Gaza, has reportedly been achieved, provided that a real progress is made with regard to captured Israeli soldiers in Gaza, Hebrew channel 7 reported, Sunday.

According to Al Ray Palestinian Media Agency, Channel 7 quoted the Israeli Minister of Interior as saying that Egyptian proposals must be considered positively as long as it does not harm the security of Israel.

He added that  members of Israeli government are still not familiar with all the details, and so far do not know everything about this proposal.

Israeli radio reported that Israeli ministers stressed the need to stop the incitement and all operations carried out by Palestinian organizations  in Gaza and the West Bank and Israel, in exchange for reopening of the Kerem Shalom crossing before the Great March of Return, and the expansion of fishing area.

According to the radio, the most majority of the Security Council does not mind that Israel’s security is guaranteed for 15 years or less in exchange for expanding the humanitarian needs of the Gaza Strip, which is now on the brink of explosion.

Families of Israeli soldiers will hold a protest march in front of the Prime Minister’s office in Jerusalem, to pressure the Israeli government in considering the issue of soldiers before providing any facilities to Gaza.