The EU Must Fight the US Embassy Move to Jerusalem 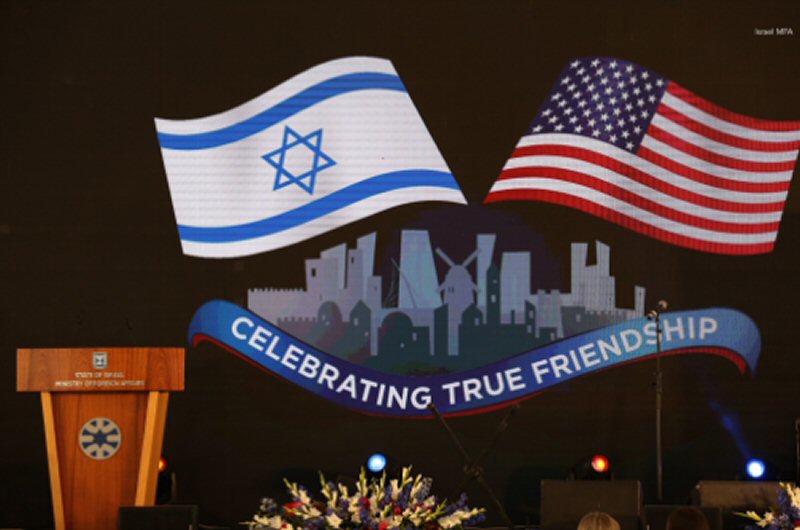 This piece was originally published by Al-Shabaka: The Palestinian Policy Network, an independent, non-partisan, and non-profit organization whose mission is to educate and foster public debate on Palestinian human rights and self-determination within the framework of international law.

By Yara Hawari on July 8, 2018:  When the US moved its embassy from Tel Aviv to Jerusalem in May, it set a dangerous precedent that not only encourages Israel to continue its annexation and colonization of Palestinian land, but also invites third states to join it in violating responsibilities under international law.

Ten days after the move, Guatemala and Paraguay followed suit and opened embassies in Jerusalem. Honduras has also announced plans to relocate. Normalization of the US move is already underway, with various states, including the United Kingdom (UK), announcing that they will attend meetings in the new embassy.

The EU has taken a clear position: Prior to the move, the head of the EU delegation to the UN stated that the EU continues to uphold the international consensus on Jerusalem, including refraining from locating diplomatic missions in Jerusalem until the final status of the city has been resolved. Individual EU states reiterated this stance, with France stating that the move contravened international law. Yet the Czech Republic, Hungary, and Romania, all of which attended the opening ceremony of the embassy, blocked a joint EU statement condemning the US move.

Why the EU Matters

These latest political maneuverings in Jerusalem are worrisome, yet they follow a deteriorating trajectory for the Palestinians in the city. Indeed, the international community has long been impotent with regard to securing Palestinian legal and historic rights in both East and West Jerusalem. These include the right of return for refugees, restitution of property, and full political rights. This failure to go beyond rhetoric and statements of condemnation and to implement international law has allowed Israel to entrench its control over the Palestinian people and their land. The recent normalization of Israeli sovereignty in all of Jerusalem by the US and others is particularly dangerous as it yet again sends a message to Israel that it faces no consequences for annexing Palestinian land and, more generally, for violating international law.

Within this specific context and the global political shift to the right, the European Union (EU) remains one of the few spaces left to pursue Palestinian human rights in the international arena. This is in part because of the EU’s foundational basis in international law and also because of strong European popular support for Palestinian rights and sovereignty. Yet perhaps most importantly, it is because the EU has the capability to hold Israel to account through the various economic, cultural, and scientific agreements they share.

To be sure, the EU faces challenges in this regard. Some EU member states such as Poland and Hungary have authoritarian governments that are closely allied with Israel, while others, including France, Germany, and the UK, have avoided putting pressure on Israel to end its violations of Palestinian rights in favor of maintaining good diplomatic relations. This lack of will to take action has been at the expense of Palestinian rights and challenges the integrity of international law. In this regard, the following policy recommendations are a starting point for the EU to uphold its commitments to the Palestinian people – and to the international legal framework it seeks to uphold.

1. In light of the blocked joint statement, the EU should encourage its 28 member states to issue independent statements condemning the US embassy move and highlighting the detrimental effect it will have on achieving Palestinian sovereignty and basic human rights.

2. The High Representative of the Union for Foreign Affairs and Security Policy should reiterate that EU member states must uphold their third state responsibilities to not aid or abet Israeli war crimes or US violations of international law. This includes stressing that member states should not attend diplomatic meetings or functions at the site of the new US embassy.

3. The EU and its member states must enforce international non-recognition of Israeli sovereignty over Jerusalem. This includes condemning European events held in Jerusalem such as the cycling race Giro d’Italia and next year’s planned Eurovision song contest. Such events are an important part of Israel’s attempts to normalize its sovereignty over the city.

4. EU member states must both collectively and independently assert Palestinian legal and historic rights in both East and West Jerusalem. They must also support Palestinian resilience and attempts to reclaim sovereignty without depoliticizing them. An important step in this regard would be facilitating the return of PLO institutions to Jerusalem and supporting grassroots organizing.

Yara Hawari is the Palestine Policy Fellow of Al-Shabaka: The Palestinian Policy Network. She completed her PhD in Middle East Politics at the University of Exeter. Her research focused on oral history projects and memory politics, framed more widely within Indigenous Studies. Yara taught various undergraduate courses at the University of Exeter and continues to work as a freelance journalist, publishing for various media outlets, including Al Jazeera English, Middle East Eye and the Independent.