The Growing Gap between Jordan and Israel, After 25 Years of “Peace” 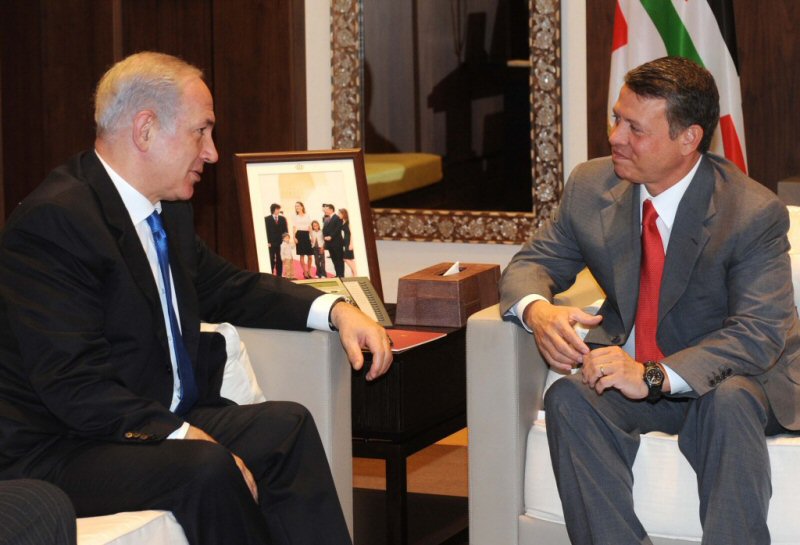 Several recent incidents underscore the cooling in Jordanian-Israeli relations 25 years after the two signed the Wadi ‘Araba peace agreement. Israel’s imprisonment without charge of two Jordanian nationals of Palestinian origin during the summer led to Jordan’s withdrawal of its ambassador “for consultations” until their release last month after repeated protests. While the Jordanians languished in Israeli prison, Jordan arrested an Israeli infiltrator and, instead of turning a blind eye as had frequently happened with such incidents in the past, sent him to trial at the state security court. Nor have earlier incidents been forgotten, such as the killing of two Jordanians at the Israeli embassy in Amman in 2017 and the killing of a Jordanian judge at the crossing between Jordan and Israel in 2014.

Most significant, however, was Jordan’s decision last year not to renew the 25-year lease on Baqoura and Ghumar, two enclaves it had allowed Israel to continue to farm as part of the Wadi ‘Araba agreement. The enclaves were returned to Jordan in November despite Israel’s clear desire to extend the agreement. To get a fuller picture of the issues behind the deterioration of Jordan’s relations with Israel and their implications for Jordanian-Palestinian relations, Al-Shabaka spoke to Oraib Rantawi, the founder and director general of the Amman-based Al Quds Center for Political Studies and an Al-Shabaka policy analyst.

Jordanian policymakers believe that Israel’s rightward trajectory is leading it in the direction of destroying the two-state solution along with the Wadi ‘Araba agreement, leaving Jordan to deal with the fallout. First and foremost, Jordan is worried about the repercussions related to the Palestinian refugees:

In the second place, the Netanyahu government has repeatedly challenged the status quo cemented by the Wadi ‘Araba agreement regarding Jordan’s custodianship of the Al-Aqsa compound in Jerusalem. There are now almost daily Israeli incursions into the compound as well as attacks on the Jordanian staff serving there as part of Israel’s effort to control and change the face of both the Muslim and Christian holy sites in the Occupied Palestinian Territory.

In the third place, Jordan believes that Benjamin Netanyahu and his right-wing cohorts are much more interested in developing direct relations with the Gulf states. Israel has made it clear that it no longer needs Jordan as a buffer zone or an intermediary to the Gulf states. Indeed, both Jordan and Egypt feel they have been left out in the cold, a point driven home by Jared Kushner’s discourse on the so-called deal of the century, where much of the focus is on the Gulf and very little on Jordan or Egypt.

Jordan’s coolness toward Israel is also a reflection of the government’s need to secure popular support amidst severe popular discontent with economic conditions as well as the fear that the uprisings in Iraq and Lebanon could spread.

Jordan is sending a clear message that the relationship with Israel is not one way – and not irreversible – and that Jordan cannot be excluded from regional relationships. And yet core economic and security links between the two countries are unchanged. There is still full-scale security coordination; the Israeli-Jordanian gas agreement – which is highly unpopular and which undercuts Jordan’s effort to achieve energy independence (see further background here)  – is soon going on stream; and the free trade zone between the two sides is still fully operational.

Yet it is likely that we will see further degradation in relations. If, for example, Israel annexes some or all of the West Bank, that could be a near-terminal blow to the relationship. Apart from the fears expressed above, such an Israeli move would, among other things, erase the land that remains as a border between Jordan and Palestine, something that is unacceptable to both. At the same time, much as Jordan might like to have a severe a response, it has to take into consideration its heavy reliance on the US, which is its biggest donor to the tune of $1.6 billion annually, and also a source of political support. Similarly, aid from some of the key the Gulf states could (and is) being used to pressure Jordan to stay in line.

Jordan and Palestine are acutely aware that the danger threatens them both, and are both coming under similar economic and political pressures from the same set of actors. The Palestinian Authority (PA) currently sees Jordan as its closest ally in the region. Egypt is focused on Gaza and on securing “calm” between Hamas and Israel that could translate into a more permanent ceasefire. The Gulf states are facing their own set of issues, and Lebanon and Iraq are tackling severe crises.

This leaves Jordanian and Palestinian officialdom more closely aligned and there is now daily coordination between the two. Recently, Jordan has for the first time included Palestinians from Jerusalem (including members of the Fatah Party) in the council governing the Al-Aqsa compound. Both sides should build on this to expand the effort to protect the holy sites. In another sign of increasing closeness, Palestinian Prime Minister Mohammad Shtayyeh signed three memoranda of understanding with Jordan during his July 2019 visit, his first stop on an Arab tour as part of his effort to disengage the Palestinian economy from Israel’s. Ways need to be found to prevent Israel from blocking the implementation of these agreements, perhaps drawing on the backing of the European Union and its member states.

Perhaps most importantly, Jordan as well as the PLO/PA need to develop a plan B to counter Israel’s moves. Jordan is still basing its position on the resolution of the conflict based on a Palestinian state and a just solution to the refugee problem.  While continuing to work for that solution it is imperative that Jordan at least reduce its dependency on Israel, particularly in the water and energy sectors. Efforts to expand relations with Turkey and Qatar are good steps in the right direction, but much more needs to be done to prepare to deal with all eventualities.

Al-Shabaka Policy Advisor Oraib Rantawi is the founder and director general of the Amman-based Al Quds Center for Political Studies and an established writer and columnist. He has authored and edited several strategic studies and organized and participated in seminars and conferences in Jordan and internationally. He is also a frequent commentator and analyst on television and has produced his own show “Qadaya wa Ahdath” (Issues and Events.)

Opinion/Analysis 01/02/20 TRNN: The Year in Palestine and Israel