The Story of Ahmad Manasra: Killed While Trying to Save a Family from Israeli Soldiers 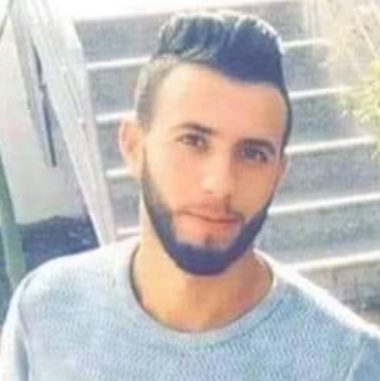 According to local sources, Alaa Ghayada, with his wife and two daughters, was driving back from a family visit, from Nahhalin to Artas town, in Bethlehem, passing through Al-Nashash checkpoint. While at the traffic lights, their car was hit from the back by another car. As soon as Ghayada went down to check what happened, an Israeli soldier opened fire at him from her military watchtower. He sustained critical injuries from an exploding dumdum bullet.

At the time, Ahmad Manasra was driving on the street and stopped to help the injured. He took Ghayada to the closest hospital, and promised him that he would go back for his family, as well. As soon as he went back to save the wife and two daughters, soldiers opened fire at him. He was shot with eight bullets, six of them in his upper body.

Today, Alaa Ghayada remains in critical conditions, while his wife was also injured in the shooting and Manasra was killed immediately.

Following the killing, hundreds of people went to the streets chanting for him, while Bethlehem city went on a general strike for his soul, preparing for his funeral today.

Manasra is the fourth Palestinian to be killed by Israeli forces within three days.