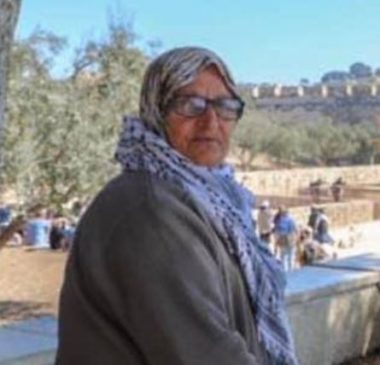 Israeli soldiers abducted, Thursday, a Palestinian child after assaulting him, and prevented an elderly woman from entering the Al-Aqsa Mosque, in occupied East Jerusalem.

The WAFA Palestinian News Agency has reported that the soldiers assaulted and abducted the child, near Hebron Gate, and took him to an unknown destination.

WAFA added that the child was abducted shortly after U.S. Secretary Of State Mike Pompeo conducted a provocative tour in the Old City of occupied East Jerusalem.

In related news, the soldiers prevented an elderly Palestinian woman, identified  as Nafeesa Khweiss, from entering the Al-Aqsa Mosque, and forcibly removed her after handing her a warrant for interrogation at the al-Qashla detention facility, in the Old City.

It is worth mentioning that Nafeesa was frequently abducted and detained by the Israeli army and police and received several orders preventing her form entering Al-Aqsa for various periods, for protesting the repeated invasions and provocative tours by colonialist settlers accompanied by soldiers  and police officers into the  holy site compound.