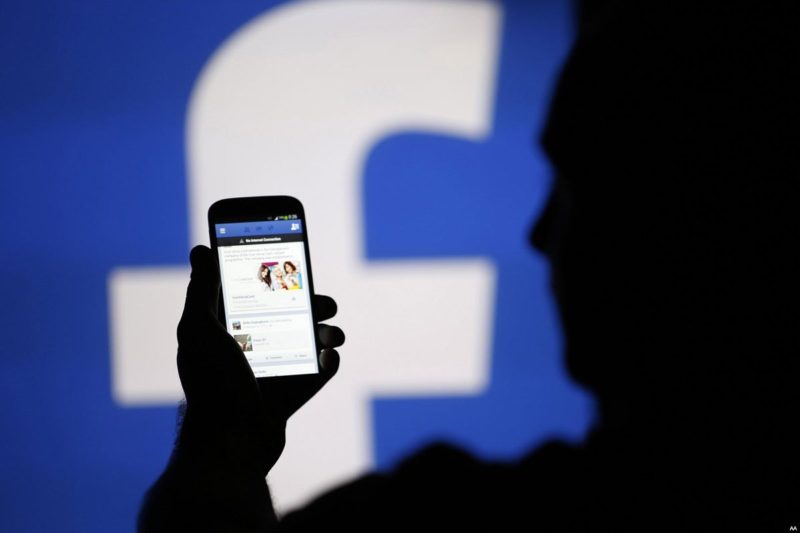 On October 9, 2019, the social media platform, Facebook, deleted the page of the popular Palestinian news website, the Palestinian Information Center (PIC). This act, which was carried out without even contacting the page administrators, confirms that Facebook’s war on pro-Palestine voices is continuing unabated.

PIC had nearly five million followers on Facebook, a testament to its popularity and credibility among a large cross section of Palestinians and their supporters internationally. For Israel’s trolls on social media, PIC was simply too effective to be allowed to spread its message. As usual, Facebook obliged.

This oft-repeated scenario – where pro-Israeli social media trolls zoom in on a Palestinian media platform while working closely with Facebook management to censor content, bar individuals, or delete whole pages – is now the norm. Palestinian views on Facebook are simply unwanted, and the margin of what is allowed is rapidly shrinking.

Sue, a Facebook user, told me that she had been warned by the platform for alleged “hate speech/bullying” for claiming that “Israelis are militarized in their psychology”, and that the “perceived threat of and real hatred for the Palestinians (are) kept alive by the (Israeli) government.”

‘Sue’ is, of course, correct in her assessment, a claim that has been made numerous times even by the Israeli president himself. On October 14, 2014, Israeli President Reuven Rivlin, said that “the time has come to admit that Israel is a sick society, with an illness that demands treatment.” Moreover, the fact that Israeli Prime Minister, Benjamin Netanyahu, has been stoking the fire of fear, hatred and racism to win a few votes in the Israeli elections has made headlines around the world.

It is unclear where exactly ‘Sue’ had gone wrong, and what portion of her comment constituted “hate speech” and “bullying.”

I asked others to share their experiences with Facebook as a result of their pro-Palestinian speech. The responses I received indicated the unmistakable pattern that Facebook is indeed targeting, not hate speech, but criticism of Israeli war, siege, racism and apartheid.

For example, ‘José’ was censored for writing, in Spanish, that “there is nothing more cowardly than attacking or killing a child.”

“Damned coward army, assassins of Palestinian children, this is not a war, this is a genocide,” he commented.

Meanwhile, ‘Derek’ has been suspended from using Facebook for 30 days, “many times” in the past on “various charges.” He told me that “all it takes is a certain number of reports by trolls who have secret groups on who to target.”

The same pattern was repeated with ‘Anissa’, ‘Debbie’, Erika’, ‘Layla’, ‘Olivia’, ‘Rich’, ‘Eddy’ and countless others.

But, who are these “trolls” and what are the roots of Facebook’s unrelenting targeting for Palestinians and their supporters?

According to a document obtained by the Electronic Intifada, the Israeli government has funded a “global influence campaign” with a massive budget with the sole aim of influencing the foreign public and combating the Palestinian Boycott, Divestment and Sanctions movement (BDS).

Writing in EI, Asa Winstanley, reported on a “troll army of thousands” that is “partly funded by the Israeli Ministry of Strategic Affairs.”

“To conceal its involvement, the ministry has admitted to working through front groups that ‘do not want to expose their connection with the state,’” Winstanley wrote.

One such troll group estimated to include 15,000 active members, is Act.IL.

“With the mobile application and online platform Act.IL, Israel aims to recruit a mob of slacktivists and trolls to join their war against the most insidious forms of violence: pro-Palestinian tweets and Facebook posts.”

Act.IL is only the tip of the iceberg of a massive, centralized effort led by the Israeli government and involving legions of supporters around the world. However, Israel would never have achieved its objectives were it not for the fact that Facebook has officially joined the Israeli government in its social media “war” on Palestinians.

In 2014, Sohaib Zahda was reportedly the first Palestinian to be arrested by the Israeli army for his social media post, in a new strategy of cracking down on what Israel sees as “incitement”. The arrest campaign, since then, has expanded to include hundreds of Palestinians – mostly young artists, poets, and student activists.

But, Israel only started monitoring Facebook in earnest in 2015, according to the Intercept.

“The arrests of Palestinians for Facebook posts open(ed) a window into the practices of Israel’s surveillance state and reveal social media’s darker side,” Alex Kane wrote. “What was once seen as a weapon of the weak has turned into the perfect place to ferret out potential resistance.”

Israel quickly manufactured a legal basis for the arrests (155 cases were opened in 2015 alone), thus providing a legal cover that was used in its subsequent agreement with Facebook. The Israeli Penal Code of 1977, article 144 D.2 was repeatedly unleashed to counter a social media phenomenon that was established much more recently, all in the name of cracking down on “incitement to violence and terror.”

The Israeli strategy began with a massive “hasbara” (propaganda) campaign aimed at creating public and media pressure on Facebook. The Israeli government activated its then-nascent troll army to build a global narrative centered on the purported notion that Facebook has become a platform for violent ideas, which Palestinians are utilizing on the ground.

When, in September 2016, the Israeli government announced its willingness to work with Facebook to “tackle incitement,” the social media giant was ready to reach an understanding, even if that meant violating the very basic freedom of expression it has repeatedly vowed to respect.

During that period, the Israeli government and Facebook agreed to “determine how to tackle incitement on the social media network,” according to an Associated Press citing of top Israeli officials.

The agreement was the outcome of two days of discussions involving the Israeli interior minister, Gilad Erdan, and justice minister, Ayelet Shaked, among others.

Erdan’s office said in a statement that, “they agreed with Facebook representatives to create teams that would figure out how best to monitor and remove inflammatory content.”

In essence, this meant that any content related to Palestine and Israel is now filtered, not only by Facebook’s own editors, but by Israeli officials as well.

For Palestinians, the outcome has been devastating as numerous pages, like that of PIC, have been deleted and countless users have been banned, temporarily or indefinitely.

Quite often, the process of targeting Palestinians and their supporters follows the same logic:

While PIC did not receive any warning before their popular account was axed, chances are the decision followed the same pattern as above.

When social media was first introduced, many saw in it an opportunity to present ideas and advocate causes that have been, for one reason or another, shunned by mainstream media.

Palestine suddenly found a new, welcoming media platform; one that is not influenced by wealthy owners and paid advertisers, but by ordinary individuals – millions of them.

Israel, however, may have found a way to circumvent the influence of Facebook on the discussions pertaining to Palestinian rights and the Israeli occupation.

When exposing apartheid, condemning child killers and discussing the fear-mentality pervading in Israel become “hate speech” and “bullying”, one should then ponder what has become of social media’s promise of freedom and popular democracy.

While Facebook has done much more to discredit itself in recent years, no other act is as sinister as censoring the voices of those who dare challenge state-sponsored violence, racism and apartheid, anywhere, with Palestine remaining the prime example thereof.

Romana Rubeo, an Italian writer and editor, contributed to this article.