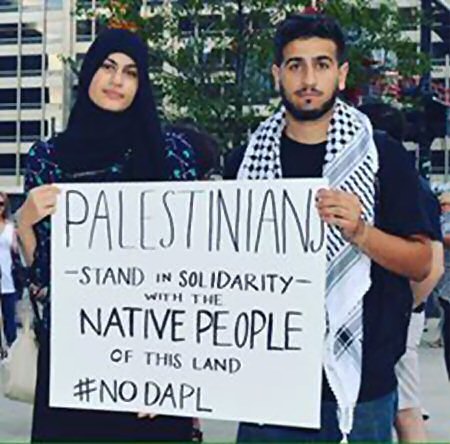 Sometime after 9-11, U.S. police departments (state, local, & sheriff), along with many U.S. governmental law enforcement agencies, such as Homeland Security, the FBI, and Border & Customs Police, began to send their officers to Israel for training with the police and occupation forces. Training has included counter-terrorism measures, crowd control, and protests. Much of the training takes place not in Israel proper, but in the illegally colonized West Bank .

There are many similarities between what is happening in Palestine and what is currently happening in Standing Rock, North Dakota, to the Water Protectors. Many of the law enforcement officers at Standing Rock have been trained in Israel. The weapons and tactics are identical. The use of high pressure water cannons, rubber bullets, rubber coated steel bullets, the use of attack dogs, and sound grenades are the same in both places.

The killing of so many unarmed people of color in the U.S., by the police, has garnered no accountability to speak of, while police officers are given paid time off, with their superiors and the courts stating they acted properly. In the same fashion, hundreds of Palestinians have been murdered by Israeli forces — who simply assert that the individual had a knife, or was suspected of having a knife or some other weapon — with complete impunity.

A medic at Standing Rock recently noted that the law enforcement personnel are intentionally targeting the legs and heads of the Water Protectors. This is a tactic commonly used on Palestinians. 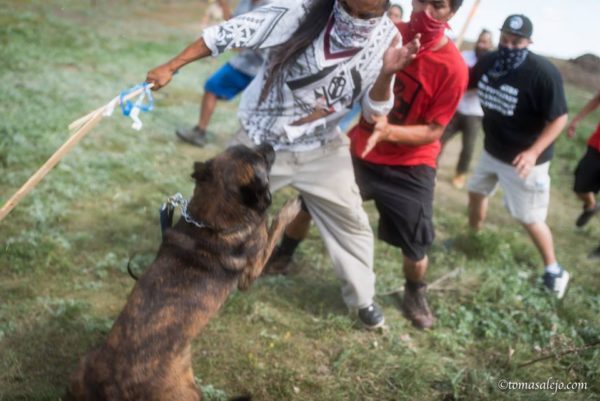 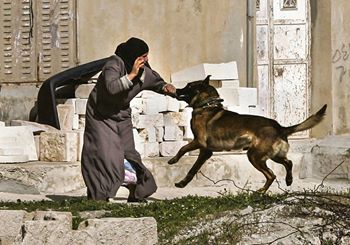 A one-road bridge leading to the Dakota Access Pipeline (DAPL), closed for over a week, now, has had large cement barriers and razor wire placed on the bridge. The blockage is now causing ambulances to drive an extra thirty minutes to get an injured person to the hospital. Road blocks like this are a common occurrence all over the West Bank, severely limiting freedom of movement, stopping emergency vehicles from getting through, and often forcing people to drive miles out of their way to get someone to a hospital.

There are many internationals working with Palestinians, here in the West Bank and Gaza. At the same time, there is a number of Palestinians who have traveled to Standing Rock in solidarity with the Water Protectors. One who recently arrived at Standing Rock stated that, on his way there, he thought a great deal about the similarities and conditions between Palestine and Standing Rock. Upon arriving, he “no longer thought about the similarities. I felt them in my bones.”

Our struggles are one. The Palestinians the Water Protectors and other activists in the U.S. are all working for the same freedoms against the same oppressors. A quote on our apartment wall reads: “Solidarity: if you come here to help, you are wasting your time…but if you have come because your freedom is bound up with mine then let us work together.”

For the Palestinian perspective on this comparison see this article, with video embed, by Issra Suliman.