‘This Is For Palestine’: Mum Who Gave Birth Through Smuggled Sperm 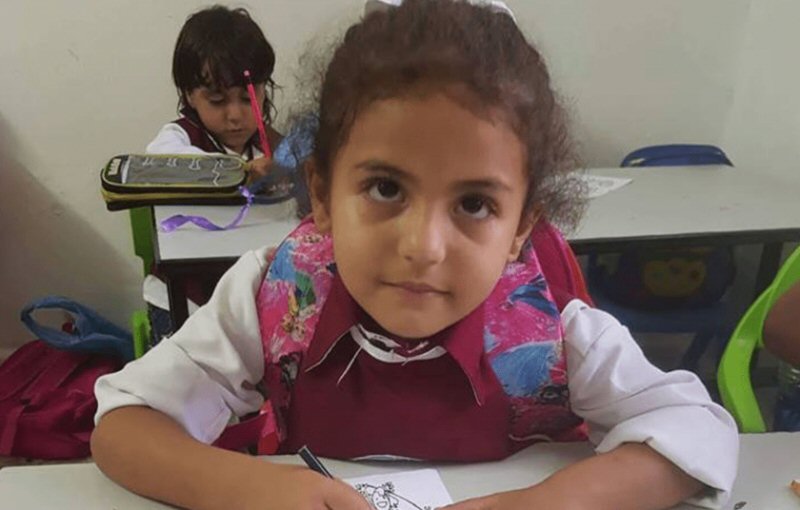 In 2014, Suhad Abu Fayed gave birth to her daughter Huriye, a bright-eyed child with a mop of curly hair. When Suhad took Huriye to see her father, Sameer, for the first time, the Israeli guards at the prison where he is detained looked puzzled. “Who is this girl?” they asked. “How can this be your daughter when your husband is here, inside?”

“I replied that I had thought I was infertile,” Suhad recalls. “I told them I had samples from my husband from before he was imprisoned, and when I was treated I used them to get pregnant.”

In fact, Suhad gave birth to Huriye through sperm smuggled from her husband while he was in prison. Her story, though rare, is not unheard of, and is a testament to the lengths to which Palestinian families are forced to go in pursuit of a normal life under Israel’s now 52-year-old occupation.

“My husband was affiliated with Shuhadaa Al-Aqsa Brigades when the Second Intifada started,” Suhad tells MEMO, referring to the popular uprising in the occupied Palestinian territories (oPt) from 2000 to 2005. “He was hunted by the [Israeli] occupation for his activities and was captured in 2002. He was sentenced to 18 years.”

“I was banned from visiting him and rarely got a permit to go, perhaps once a year maximum,” she says, adding that it was Sameer who first came up with the idea of conceiving a child through smuggled sperm.

“The first Palestinian child born this way was Muhanned, the son of prisoner Abelkareem Al-Rimawi who was sentenced to 25 years in the Israeli occupation jails,” Suhad recalls. “My husband saw the news about their experience and called to tell me about it. He said he wished to have a child the same way.”

Asked how she felt about the idea, Suhad remembers being enthusiastic. “I had never met any mothers who had done it. Yet when he asked me if I liked the idea, I was thrilled, I welcomed it; I love having kids, its part of who I am. And thank god, we were blessed that we had Huriye.”

Huriye – whose name means “freedom” in Arabic – is now four years old. Although Suhad had to undergo months of IVF treatment and follow strict procedures, under which the sperm samples can only be smuggled to hospital by a family member, she believes the difficulties were worthwhile.

“Subhanallah [glory be to God] once I had Huriye inside me, she changed me. She gave me self-esteem. I had neglected myself for so long,” Suhad goes on, “my kids were my priority. I forgot about self-care for 12 years, I was just counting days. But that changed once Huriye lightened my life.”

“My kids love her more than anything else,” she says fondly. “Of course, she changed the shape of our life; my youngest daughter, who is now 17, was always the spoiled one. She had always been the centre of attention, but Huriye stole that from her. Everyone in the family wants to see Huriye and spend time with her; she is given all the love possible.”

Giving birth to Huriye so long after her other children also taught Suhad about herself: “She showed me my patience, and showed me how this patience can pay off. Of course, she can be naughty some days, like any child her age, but my patience paid off with the kindness she gives me.”

“I learned from Huriye that I am a resilient and strong person. She’s the one that gave me courage after I challenged the whole world to give birth to her.”

Suhad was the first prisoner’s wife in Nablus and the surrounding refugee camps to give birth through smuggled sperm. Since then, six other wives whose husbands are imprisoned in Israel have followed Suhad’s footsteps. “They came to talk to me about their fears and hesitation. I encouraged them and supported them all through their treatments and IVF until they gave birth.”

“This is for Palestine, it’s for the prisoner who lost his freedom for the sake of Palestine. It’s like bringing life to a dead soul.”

Asked why she thinks others have followed her lead, Suhad explains that many see the procedure as a way to circumvent the paralysing restrictions imposed by Israel’s occupation.

“It’s overbearing to live under occupation,” she says. “I have been targeted by the occupation in so many ways; they refuse to give me a permit to visit my husband, the only time in my life they gave me a long term permit was to blackmail me: they held me in custody for 24 hours, then they revoked my permit and even my Palestinian ID card.”

“They don’t like us to feel confident and do things that challenge them,” she continues, “but no matter how much we are happy to have succeeded in having Huriye, against all the odds, everything reminds us of the bitterness and heartache that comes with the prisoners’ experience.”

Yet with her husband having only one year left to serve, Suhad is now beginning to think about the future.

“My husband’s parents both died while he was in jail,” she laments. “They lived their lives wishing to be able to celebrate his freedom; they kept talking about how they planned to celebrate. I think even on the day he is released, there will still be some feelings of bitterness and heartbreak.”

Yet, Suhad is also hopeful. “Huriye remembers that his sentence will end next year,” she tells MEMO. “I think she is smarter than a normal child her age; she was only two years old when she started recognising her father’s picture around the house, and she knows his voice over the phone.”

“I also really wish to have a new son, a brother for my son,” she says wistfully. “I pray and ask God to be able to get pregnant again. When my husband’s sentence is finished, I will be 40 years and eight days old. But I love having kids! This is common among most Palestinian women, so I hope I too can have another child.”

Rebecca Stead is an MA graduate of SOAS University of London studying in Middle Eastern Studies with Arabic, Stead focuses on the history, culture and politics of Israel-Palestine specifically and the Levant more broadly.