Thousands Of Palestinians Match In Funeral Of Slain Teen 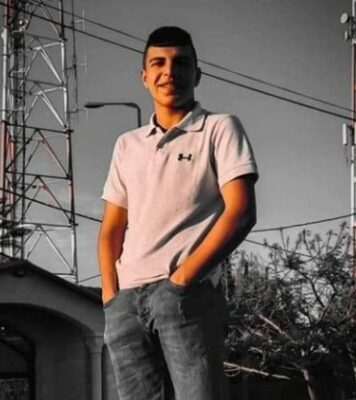 On Tuesday night, thousands of Palestinians marched in the funeral procession and ceremony of a Palestinian teenage boy who was shot and killed by Israeli soldiers at dawn, in Jenin camp, in the northern part of the occupied West Bank.

The Palestinians started the march in front of Khalil Suleiman governmental hospital in Jenin and through the various streets of the city until reaching the home of Dirar Riyadh Saleh al-Kafrini, 17, in the Jenin refugee camp, before heading to the local mosque and the Shuhada graveyard.

The mourners chanted for ongoing resistance and steadfastness until liberation and independence, in addition to calling for national unity.

The Palestinian Health Ministry confirmed that the soldiers shot Dirar with an expanding bullet in the shoulder before the medics rushed him to Jenin governmental hospital.

Wisam Bakr, the head of Jenin governmental hospital, said Dirar was shot with an expanding bullet in the shoulder, reaching the chest before exploding, causing massive damage to his organs.

Dirar’s father said the soldiers killed his son in cold blood, as they did not only shoot him with an expanding bullet but also prevented the Palestinian medics from approaching him.