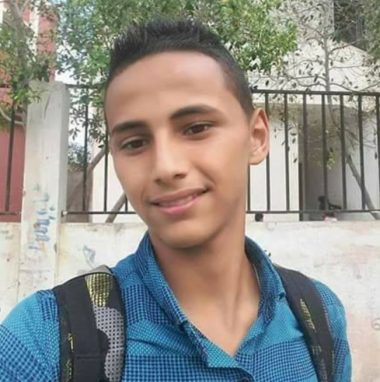 The Israeli authorities transferred, Thursday, the corpse of a Palestinian teen, who was killed by the army in the year 2018, back to his family in the Gaza Strip.

Media sources in Gaza said the Israeli army transferred the corpse of Yousef Jasser Abu Jazar, 17, to his family in Rafah, in the southern part of the Gaza Strip.

The soldiers moved the corpse of the slain teen to Beit Hanoun (Erez) Terminal, in northern Gaza, before the Palestinians transferred it to Rafah.

It is worth mentioning that Abu Jazar was killed, on April 29, 2018, after soldiers claimed that he and two other Palestinians were allegedly seen trying to damage the perimeter fence between Israel and the Gaza Strip.

In addition to Yousef, the soldiers also killed two Palestinians who were identified as Atiya Mohammad al-‘Ammawi, 20, and Yousef Ahmad al-‘Ammawi, 18, from Khan Younis, in the southern part of the Gaza Strip.