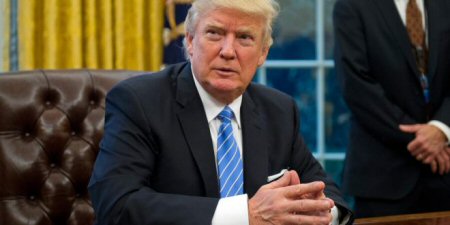 US President Donald Trump, on Wednesday, denied Netanyahu’s statement that the US embassy to Israel will be moved from Tel Aviv to Jerusalem within the year.

US Secretary of State Rex Tillerson said, last month, the embassy move was “probably no earlier than three years out, and that’s pretty ambitious,” a time frame that administration officials have attributed to the logistics of finding and securing a site as well as arranging housing for diplomats, Reuters reported, according to the PNN.

Netanyahu told reporters, during his trip to India, that the move is expected to take place within this year, “based on assessment.”  Asked about Netanyahu’s comment, Trump said that this was not the case. ”By the end of the year? We’re talking about different scenarios – I mean obviously that would be on a temporary basis. We’re not really looking at that. That’s no.“

On 6 December, 2017, Trump recognized Jerusalem as the capital of Israel, despite facing a sharp wave of criticism by the international community and angry protests by Palestinians.

The city is the second holiest place in Islam and is important for Christian and Muslim Palestinians alike for its holy sites.