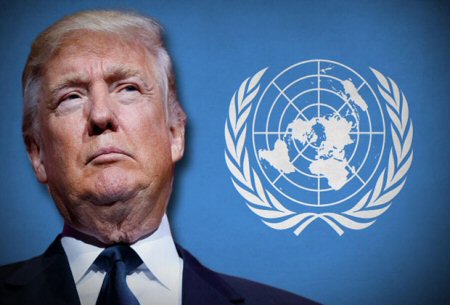 After a United Nations vote against American President Donald Trump’s recognition of Jerusalem as Israel’s capital, the US has announced that it is planning to cut $285m from funds it would provide to the UN 2018-2019 budget.

This an implementation of a threat made by Trump, last week, that financial repercussions would follow if the UN General Assembly voted in favour of a resolution demanding that Washington retract its move regarding Jerusalem.

In an official statement a few days after the vote was passed last Thursday, by a decisive 128-9, with 35 abstentions declaring Trump’s declaration “null and void,” the US delegation to the UN announced its decision to slash its funds, but also maintained that it wanted to make changes at the international body.

“While we are pleased with the results of this year’s budget negotiations, you can be sure we’ll continue to look at ways to increase the UN’s efficiency‎ while protecting our interests,” said Washington’s UN Ambassador Nikki Haley, according to Days of Palestine.

“Among a host of other successes, the United States negotiated a reduction of over $285 million off the 2016-2017 final budget,” she said.

“This is not like it used to be where they could vote against you and then you pay them hundreds of millions of dollars and nobody knows what they are doing … People of the united states, people that live here, our great citizens that love this country, they are tired of this country being taken advantage of and we are not going to be taken advantage of any longer,” Trump said.

“This historic reduction in spending—in addition to many other moves toward a more efficient and accountable UN—is a big step in the right direction.”