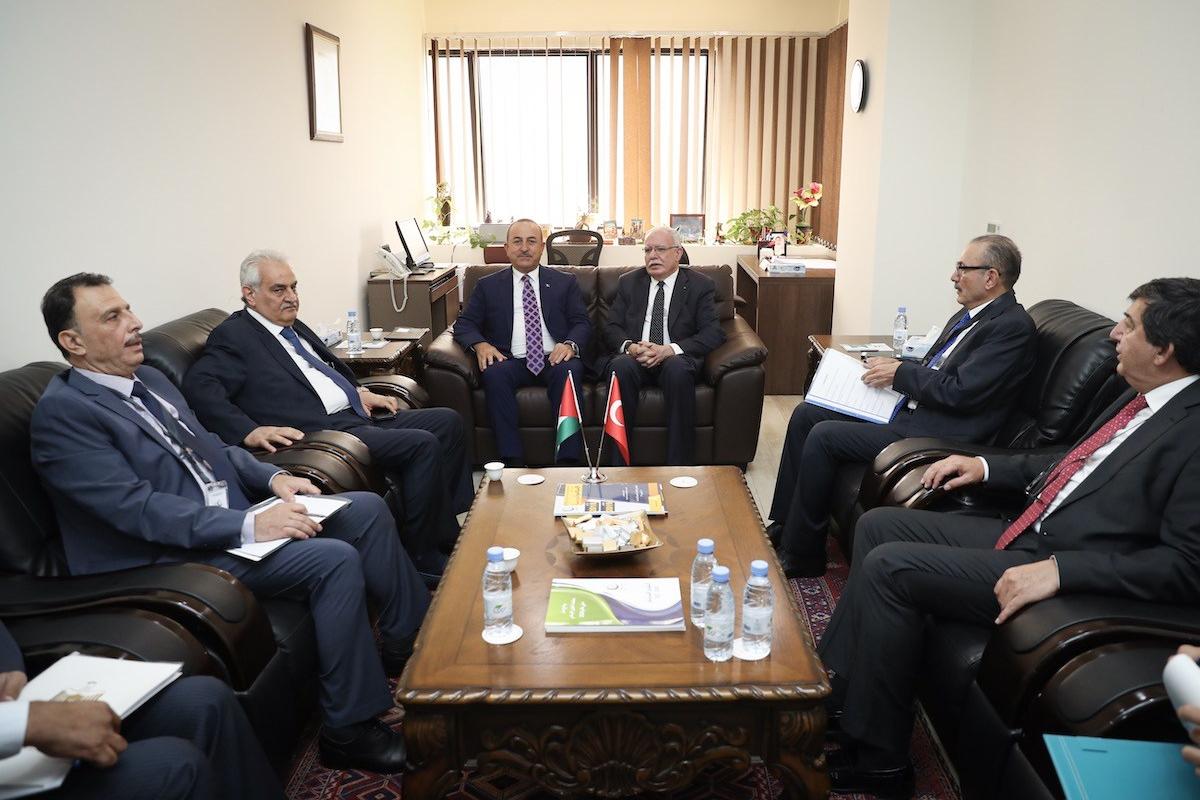 Netanyahu said on Tuesday he would annex the Jordan Valley, a swathe of the occupied West Bank that Israel captured in 1967 and which Palestinians want as part of a future state. The move alarmed Middle Eastern nations, European powers and Arab foreign ministers.

On Saturday, Turkey’s foreign ministry said the Organization of Islamic Cooperation (OIC) would convene in Jeddah on Sunday to discuss Netanyahu’s statement.

Speaking in Jeddah, Foreign Minister Mevlut Cavusoglu said Netanyahu’s “embarrassing” plan was a “despicable” attempt to earn votes ahead of Tuesday’s election, and criticized what he called a lack of reaction from other Muslim countries.

“Israel, encouraged by the support of certain countries, is continuing its aggressive policies that are turning it into a racist, apartheid regime,” Cavusoglu was quoted as saying by the state-run Anadolu news agency.

“If the whole Muslim community had reacted together, the reckless plans, policies and behaviour of the United States and Israel would never have reached this point,” Cavusoglu said.

Around 65,000 Palestinians and 11,000 Israeli settlers live in the Jordan Valley and northern Dead Sea area, the Israeli human rights group B’Tselem says. The main Palestinian city is Jericho, with some 28 villages and smaller Bedouin communities.

Turkey and Israel, former allies, have long been at odds over Israel’s policy towards the Palestinians and Jerusalem’s status. Turkish President Tayyip Erdogan called for a summit of the OIC twice last year after U.S. President Donald Trump decided to recognize Jerusalem as Israel’s capital.

Turkey and Israel also expelled each other’s top diplomats last year during a dispute over clashes when dozens of Palestinians were killed by Israeli forces on the Gaza border. The two sides continue to trade with one another.