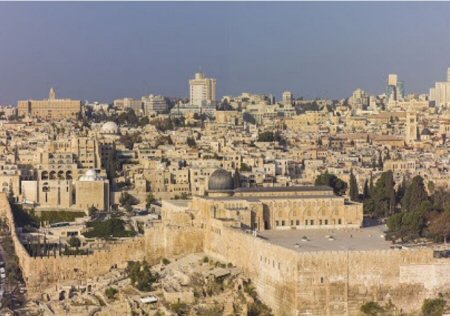 In making its decision, the Committee refused to recognize the well-established Palestinian system to indicate land ownership in East Jerusalem, the ‘mukhtar protocol’.

Without proof of ownership, Palestinians cannot apply for building permits. In these situations, the ‘mukhtar protocol’ has traditionally been the solution. The main barrier for Palestinian property owners  is that 90 percent of East Jerusalem is unlisted in the Israel Land registry.

City council members Aryeh King and Yehonatan Yosef led an offensive against the mukhtar system, claiming corruption of Arab leaders. The secular zoning board member Elad Malka from Hitoretut, told Haaretz that “the claims were that the system had become a tool for corruption.”

The architect for 12 of the rejected building plans, Mohammed Abu Ghanem, described the decision as a “catastrophe”. He stated, “we [Palestinians] have no other ownership documents to present, and 90 percent of the land is not registered.”

330,000 Palestinians in East Jerusalem are at risk of a serious housing crisis, given the lack of infrastructure, and years of neglect by city officials.

Laura Wharton, city councilwoman and head of the Meretz party said “It’s too bad that committee members want to deny Palestinians in any way possible, the possibility of living securely on their land”.

Councilwoman Laura Wharton, commented that “the ‘mukhtar protocol’ was developed together with the Justice Ministry to enable East Jerusalem residents to arrange land ownership and receive building permits.”

Wharton also stated “It is sad to see elected officials taking advantage of their power to advance a political agenda, in this case, an ultranationalist one, at the expense of residents seeking permits for plans that city professionals had already approved”.