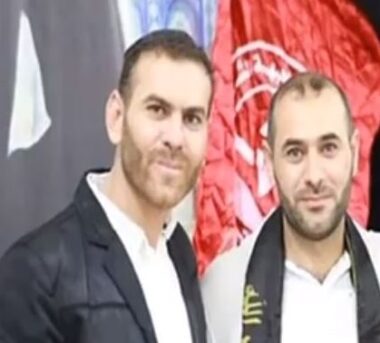 The Palestinian Prisoners’ Society (PPS) has reported, Thursday, that two Palestinian siblings, held as political prisoners in Israeli prisons, are continuing the hunger strikes they started ten days ago, protesting their detention, without charges.

The PPS said the two detainees, Bilal, 36, and his brother Bassam Thiab, 37, from Kafr Ra’ey town, south of the northern West Bank city of Jenin, were taken prisoner on January 19th, 2021, and remain in solitary confinement at the al-Jalama prison, without charges.

It added that the Salem Israeli military court ordered, Wednesday, their continued detention and interrogation, although they are not facing charges yet, an issue that usually means they are likely to receive arbitrary Administrative Detention orders.

It is worth mentioning that Bilal has been repeatedly abducted and imprisoned by Israel, including when he was first taken prisoner in the year 2003, and was sentenced to seven years in prison.

He was abducted again in 2011 and 2012, and was slapped with administrative detention orders, holding him captive without charges or trial. He launched a hunger strike back then, along with another detainee, identified as Tha’er Halahla, lasting for 78 days.

The PPS said that, in the year 2017, the army abducted Bilal another time, before he launched a hunger strike lasting for one month. In the year 2019, he was abducted again, just a day before his wedding.

His brother, Thiab, was abducted for the first time in the year 2003, and was sentenced to five and a half years in prison. He was also arrested and imprisoned several times in the years 2013 and 2018.

It is worth mentioning that the two detained siblings also have a brother, Azzam Thiab, who was taken prisoner in the year 2001, and was sentenced to a life term.

Several members of the same family have been repeatedly detained and imprisoned by Israel over the last few years.