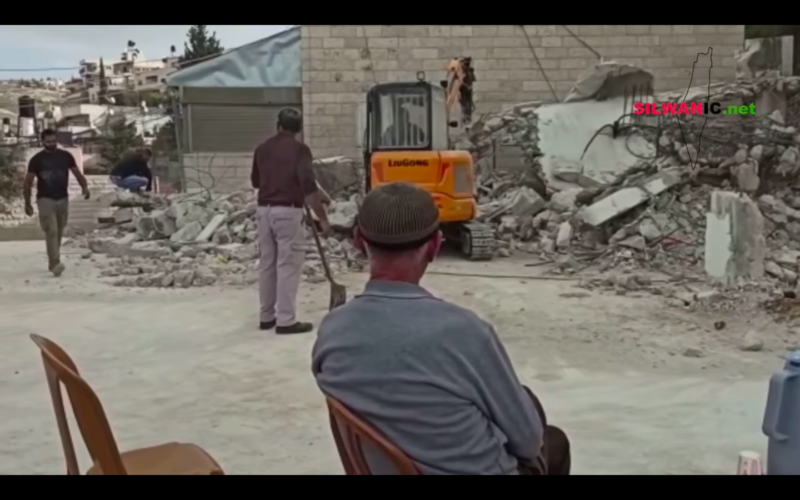 Two Palestinian brothers demolished, Saturday, the second floor of their house, as ordered by the Israeli authorities in occupied East Jerusalem, the Palestinian Information Center reported.

Mohamed and Mahmoud al-Khales, were forced to tear down the second floor, which contained two apartments, in the Silwan neighborhood in East Jerusalem, after Israeli courts rejected their appeal.

The pretext used by the authorities was the alleged “unlicensed” construction of the apartments on the second floor. The occupation threatens high fines and penalties if they demolish the home.

Ghassan Daghlas, an official monitor of Israeli violations, told Palestinian News and Information Agency (WAFA) that the pretext used, was a lack of the elusive Israeli building permit.