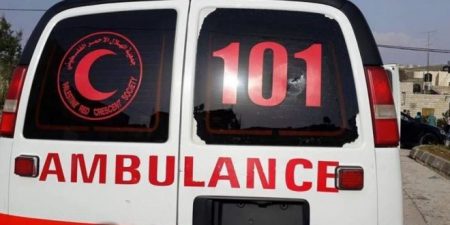 Soldiers fired teargas canisters at the protestors, causing inhalation injuries. It is unclear whether the teens were struck with live rounds or rubber-coated steel rounds.

One of the boys was shot twice, in the pelvis and the foot, his condition was described as critical, the other child was struck in the foot.

Both the injured teens were transferred to a Jerusalem hospital for medical intervention.

No arrests were reported, and no further details were available at the time of this report.

The Israeli army frequently storms civilian Palestinian homes, under the pretext of security, causing fear and anxiety among the Palestinian population.

According to the Fourth Geneva Convention, Palestinian civilians, living under the protracted Israeli occupation are considered protected persons;

“Persons protected by the Convention are those who, at a given moment and in any manner whatsoever, find themselves, in case of a conflict or occupation, in the hands of an Occupying Power of which they are not nationals.”