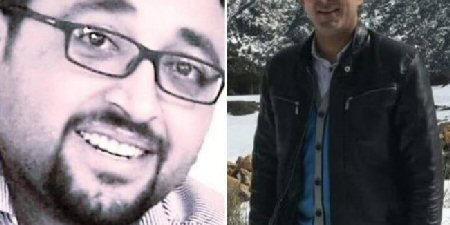 Two Palestinian scientists were found dead in an Algerian apartment, reports in Gaza said, on Sunday.

The two, identified as Suliman al-Farra, aged 34, and Mohammed Albana, a 35-year-old physician from Khan Younis, in the Gaza Strip.

According to reports, they were found in al-Farra’s apartment, and the Palestinian embassy in Algeria told the family of one of the deceased that the two died of gas inhalation or due to a short circuit.

Some Palestinian reports said that they were assassinated, but there was no confirmation from the authorities. Palestinian scientists and experts around the world have been killed, in recent years, in assassinations alleged to be carried out by Israel’s Mossad espionage agency.

However, local sources in Gaza assure that the two died as a result of inhaling butane gas, used for cooking, and not as rumored on social networking sites.

The source added, in a statement for a local news agency  in Gaza, that the death occurred two days ago, and was discovered by on Sunday evening, after the neighbors smelled gas in the building.

The  statement also added, according to the PNN, that police found one of the bodies  near the door, indicating that he tried to open the door to ask for help, while the other was found lying on the bed.

The report pointed out that the Algerian police moved the bodies of the two young men to the hospital, for an autopsy, and to further determine the circumstances of the incident.

Albana’s brother said, on Sunday, “We don’t have any more details. I expect the authorities in Algeria and the Palestinian embassy, there, to do everything necessary to understand what happened.”

According to the brother, both families were trying to locate the men, and called on Palestinians in Algeria, for help.

They broke into the apartment, where both men were found dead.