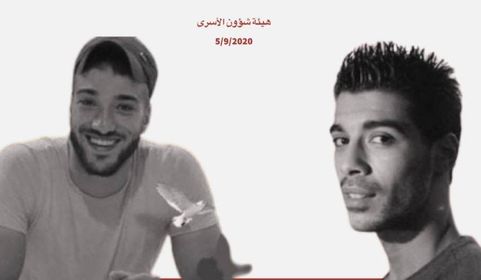 A Palestinian Detainees’ Committee lawyer, Khaled Mahajna, has reported that after Israeli forces wired and detonated the front door of their home, on Saturday, both Palestinian brothers remain in critical condition.

Mahajna stated that the young men, Ahmad, 22, and Mohammad Jad’oun, 27, from the Jenin refugee camp, in the northern West Bank, are currently being treated for severe wounds, in the Intensive Care Unit of the Israeli al-Afula hospital.

As a result of the Israeli army bomb detonated at the entrance of the home, Mohammad suffered severe injuries to his left leg, said Mahjna, adding that the youth underwent extensive surgery where doctors attempted to remove all the bomb fragments from the leg.

He further stated that Mohammad underwent a second surgery, on Sunday, and that a massive section of the leg was blown off by the blast, adding that the youth has suffered an excessive amount of blood loss.

The younger brother Ahmad also remains in the Intensive Care Unit, having suffered profound trauma from the explosion, mainly in his face and neck. The young man has undergone two major surgeries for his face, and is scheduled to undergo at least one additional surgery to repair his neck wounds.

The Jad’oun family asserted that, immediately after the Israeli soldiers detonated the door, they immediately dragged the two brothers onto the ground, despite their extensive bleeding and injuries.

The Palestinian Detainees’ Committee issued a statement denouncing this new Israeli crime against the entire family, and the callous manner in which the soldiers treated the seriously wounded civilians, with utter contempt, in violation of the right to life and bodily integrity.

The Palestinian Prisoners’ Society (PPS) declared that it holds the Israeli occupation responsible for the lives of the two young men, whom are former prisoners.

The PPS maintained that this crime is only one of the protracted Israeli assaults and attacks being carried out on a daily basis.

Sources told a reporter for the Palestinian Information Center (PIC) that a large force of Israeli soldiers, with a special undercover unit, invaded the camp and stormed the al-Jad’oun home, amid intensive gunfire.

The sources added that soldiers shot the two brothers, identified as Ahmed and Mohamed al-Jad’oun, whom both suffered multiple gun shot wounds inflicted by Israeli soldiers.

Their father told the PIC reporter that he witnessed soldiers opening fire at his sons, striking one of them in his neck and abdomen, before they carried the injured men away.

It was also noted that local youths confronted the army as they withdrew from the refugee camp.

According to witnesses, occupation forces opened live fire at the al-Jad’oun brothers, injuring them both and transferring them by stretcher to an army ambulance, the Palestinian WAFA News Agency reported.

Unconfirmed reports said that one young man was shot in the neck and abdomen, and the other in the thigh, their conditions were not immediately known.