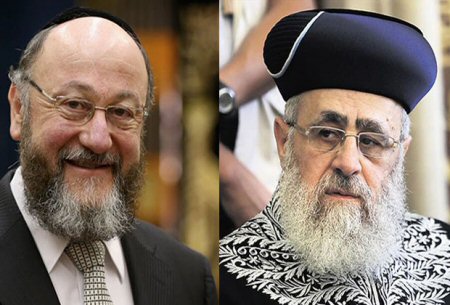 Yosef drew criticism last week, for comparing, during one of his weekly religious lessons, black people with monkeys, referring to them using the pejorative term in Israel, “kushi.”

“We don’t say a blessing for every kushi … He needs to be a kushi whose father and mother are white … if you know, they had a monkey for a son,” Rabbi Yosef said, according to Days of Palestine.

Delivering a sermon last week, Mirvis said that the comments, which were made in the context of a Talmudic discussion, were “totally unacceptable” and said that his office “has contacted the Chief Rabbinate in Israel directly” to voice its objections.