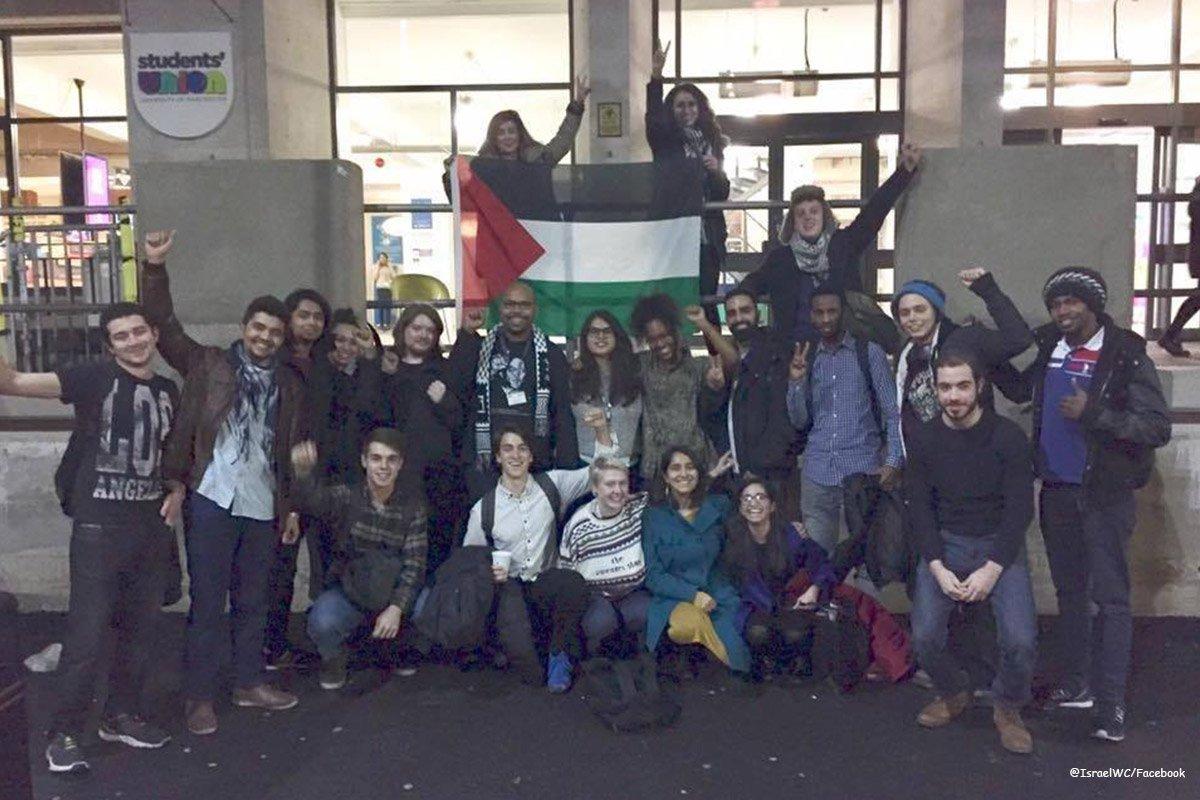 The University of Manchester’s Student Union Senate voted, this past Thursday, to pass a motion in support of the international movement for boycott, sanctions and divestment from the state of Israel.

The motion won the backing of 60 per cent of the SU Senate, following an impassioned debate, according to the Middle East Monitor.

The motion was put forward by Huda Ammori, President of Recognise Refugee Rights Society, and was supported by Etisha Choudhury, President of Action Palestine, and the BDS Campaigns Committee.

(Photo: Image of students celebrating after the University of Manchester’s Student Union Senate voted to pass a motion in support of BDS on the 11th of December, 2016 [@IsraelWC/Facebook])