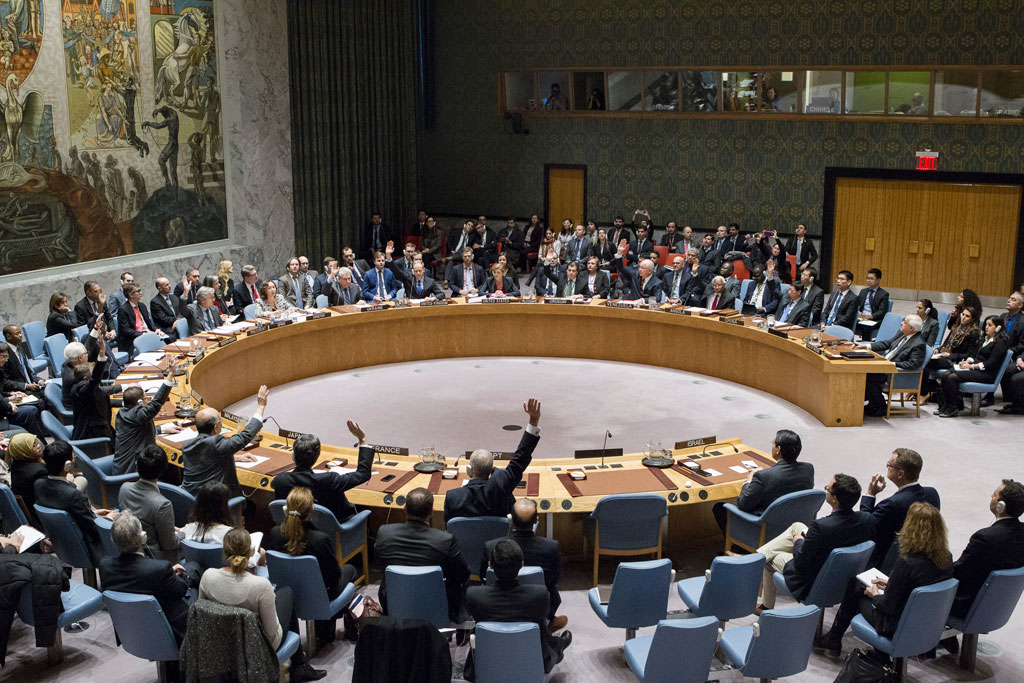 The resolution further states that all Israeli settlements are in “flagrant violation” of international law. Over the past five decades, Israel has constructed hundreds of colonial settlements on Palestinian land occupied by the Israeli military. Under the Fourth Geneva Convention, as an occupying power, Israel is forbidden from transferring any of its civilian population onto land taken over and occupied by its military. Over 600,000 Israeli civilians have been transferred to settlements on lands seized from their Palestinian owners, many of them transferred there over the past fifteen years.

The U.S., which has veto power in the United Nations Security Council, and has frequently vetoed measures condemning Israeli policies in the past, instead refrained to vote on the measure Friday, thus allowing the measure to go through.

The resolution expresses “grave concern” about the obstacle that settlements create for potential peace negotiations between Israel and the Palestinians.

U.S. Secretary of State John Kerry said of the U.S. decision not to veto the resolution: “The United States acted with one primary objective in mind: to preserve the possibility of the two state solution. Two states is the only way to ensure Israel’s future as a Jewish and democratic state. That future is now in jeopardy, with terrorism, violence and incitement continuing. … That is why we cannot in good conscience stand in the way of a resolution that makes clear that both sides must act now to preserve the possibility of peace.”

Before the resolution was brought to the Security Council, U.S. President-elect Donald Trump made several phone calls to world leaders to try to stop it from being brought to a vote. He succeeded in getting the Egyptian President to agree to call for a delay of the vote. But Egypt was overruled by Malaysia, New Zealand, Senegal and Venezuela, who appropriated the resolution and set it for a vote Friday.

It passed the Security Council without objection. Upon passage, the council chamber erupted in applause from supporters of the resolution.

Following the vote Friday, Donald Trump wrote on his personal Twitter account that “As to the U.N., things will be different after Jan. 20th”.

Israeli Prime Minister Binyamin Netanyahu said the resolution was “shameful”, while Palestinian leaders said it was a victory in their struggle against unjust Israeli policies.

UN Secretary General Ban ki-Moon said in a statement, “The resolution is a significant step, demonstrating the Council’s much needed leadership and the international community’s collective efforts to reconfirm that the vision of two States is still achievable.”