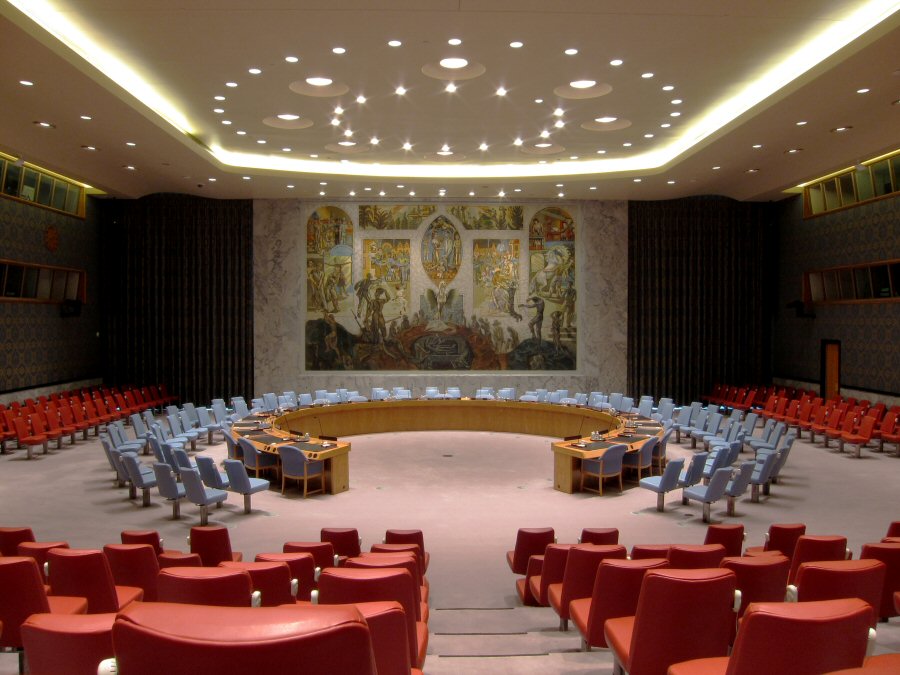 Christof Lehmann (nsnbc) : The UN Security Council has adopted a resolution which states that Israeli settlements in Palestinian territory occupied since 1967 have no legal validity, constitute a flagrant violation under international law and are a major obstacle to a two-State solution and a comprehensive peace. The adoption of the resolution prompted debate and political posturing based on the fact that the United States did not veto the resolution. However, even an abstention arguably renders the resolution invalid. Moreover, the resolution endorses the much criticized security cooperation between the Palestinian Authority and Israel, and it does not specify any enforcement mechanisms that could be implemented in the case of non-compliance.

“The resolution is a significant step, demonstrating the Council’s much needed leadership and the international community’s collective efforts to reconfirm that the vision of two States is still achievable. … The Secretary-General takes this opportunity to encourage Israeli and Palestinian leaders to work with the international community to create a conducive environment for a return to meaningful negotiations.” The spokesperson added, “The United Nations stands ready to support all concerned parties in achieving this goal.”

Earlier on December 23, 2016, the 15-member Council adopted the resolution by a vote of 14 in favor and with one abstention – the United States abstained from the vote. The resolution had been put forward by Malaysia, New Zealand, Senegal and Venezuela.

In the resolution, the Council reiterated its demand that Israel “immediately and completely cease all settlement activities in the occupied Palestinian territory, including East Jerusalem, and that it fully respect all of its legal obligations in this regard.” The Council also underlined that it will not recognize any changes to the 4 June 1967 lines, including with regard to Jerusalem, other than those agreed by the parties through negotiations.

A “Birds Eye View” of Gaza. Terror and Destruction?

The resolution also called for immediate steps to prevent all acts of violence against civilians, including acts of terror, as well as all acts of provocation and destruction, and for accountability in that regard, as well as for both parties to act on the basis of international law, including international humanitarian law, and previous agreements and obligations, “to observe calm and restraint, and to refrain from provocative actions, incitement and inflammatory rhetoric.”

The resolution also called for compliance with obligations under international law for the strengthening of ongoing efforts to combat terrorism, including through existing security coordination, and to clearly condemn all acts of terrorism.

The Council also urged for intensification and acceleration of international and regional diplomatic efforts and support aimed at achieving, without delay, a comprehensive, just and lasting peace in the Middle East, and on the basis of the relevant United Nations resolutions, the Madrid terms of reference, including the principle of land for peace, the Arab Peace Initiative and the Quartet Roadmap and an end to the Israeli occupation that began in 1967.

Political Posturing, the Validity of the Resolution, Endorsement of “Security Cooperation”  and the Lack of Enforcement Mechanisms

Posturing – The United States Ambassador to the UN, Samantha Power, commented that the United States did not veto the resolution because it “reflects the facts on the ground and is consistent with US policy”. “One cannot simultaneously champion expanding Israeli settlements and champion a viable two state solution that would end the conflict. One had to make a choice between settlements and separation,” she added.

Israel’s UN ambassador criticized the US’ abstention, saying he had “no doubt” that the forthcoming Donald Trump administration and new UN Secretary-General would usher in a different era in ties between the UN and Israel. Israeli Energy Minister Yuval Steinitz, who is close to Prime Minister Benjamin Netanyahu, said the United States abandoned Israel by abstaining from voting on Friday. “This is not a resolution against settlements, it is an anti-Israel resolution, against the Jewish people and the state of the Jews. The United States tonight has simply abandoned its only friend in the Middle East,” he said.

On Saturday, Ofir Gendelman, the spokesman of Israeli Prime Minister Benjamin Netanyahu stated that Israel will not abide by the terms of UNSC Resolution 2334 (2016). “Israel’s response to the UNSC resolution: Israel rejects this shameful anti-Israel resolution at the UN and will not abide by its terms,” Gendelman wrote on Twitter.

Meanwhile, the Russian State news agency Tass would quote “a statement obtained from Israeli Prime Minister Netanyahu”. Tass quotes Netanyahu as saying that Israel looks forward to working with US President-elect Donald Trump to counter any effects of a United Nations Security Council resolution demanding an end to settlement activity. Israel looks forward to working with President-elect Donald Trump and with all our friends in Congress, Republicans and Democrats alike, to negate the harmful effects of this absurd resolution. … At a time when the Security Council does nothing to stop the slaughter of half a million people in Syria, it disgracefully gangs up on the one true democracy in the Middle East, Israel,” the statement reportedly said.

The Validity of UNSC Resolution 2334 (2016), or the Lack of Validity and Legality – The Russian State news agency did not report that Moscow could hitch a free ride knowing that the USA would not veto the resolution. In a 2012 article entitled “South East China Sea, A perfect Crisis for the International Crisis Group”, by Christof Lehmann, co-authored by Christopher Black, James Henry Fetzer and Alexander Mezyaev, the renown international lawyer Christopher Black stressed:

It can be argued that this Resolution never existed as the UN Charter requires that resolutions have the concurring votes of all permanent members of the Security Council. … An abstention is not a concurrent vote. …  A UNSC resolution arguably is not legally valid unless all Security Council members vote in favor of it, it is a long-established political practice that only a veto is sufficient for blocking an intervention. Since the first Russian, then USSR, abstention on UNSC Resolution 4 (1946) on Spain, an abstention has interpreted as not preventing the adoption of the resolution.

It is the legally questionable “Gentlemen’s Agreement” between the five permanent UN Security Council that is generally interpreted to the effect that an abstention equates to an implied approval of a resolution as long as those who are adopting and implementing it don’t overstep the provisions of the resolution.

One example for how such policy can lead to disaster is the adoption of UNSC Resolution 1973 (2011) on Libya. Russia abstained even though it was, arguably, foreseeable that the USA, UK and France were aiming for “regime change” rather than the implementation of a no-fly-zone. Moscow was then in the comfortable position to blame the other P5 members, while omitting the fact that it would have been legally bound to veto the resolution.

With regard to the United States’ abstention, the Obama administration can “score political points” for not vetoing the resolution, while it can use the excuse that the resolution is not valid without its concurrent vote. Those who are informed about such “minor details” will easily recognize the irony and duplicity that is hidden behind Secretary-General Ban Kyi-moon’s statement that:

“The resolution is a significant step, demonstrating the Council’s much needed leadership and the international community’s collective efforts to reconfirm that the vision of two States is still achievable”.

Al-Fateh and Mahmoud Abbas have repeatedly threatened to end the security cooperation between the PA and Israel. These “threats” to Israel and “promises” to other PLO member organizations have never been implemented. Critics of Al-Fateh and the PA stress that such threats and promises are made for public consumption only.

Al-Fateh and the Palestinian Authority have, in fact, used security cooperation with Israel as an instrument to crack down on members of other PLO member organizations. Most scandalous is the arrest of the Ahmed Sa’adat, the Secretary-General of the Popular Front for the Liberation of Palestine.

Popular movements as well as leading members of other PLO member organizations have also repeatedly noted that “activists” who have been arrested by PA law enforcement and security services are often arrested by Israeli police, military or intelligence shortly after their release by Palestinian authorities. This includes, among others, journalists, bloggers, and users of social media who criticize Israel’s illegal settlement policy, call for action, and denounce the Palestinian Authority for cooperating with Israeli authorities.