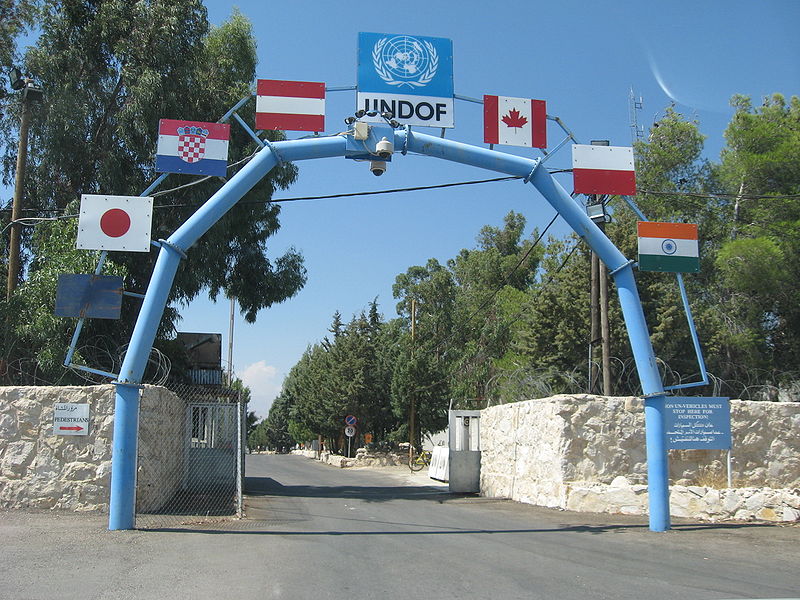 Fahwad Al-Khadoumi (nsnbc) : The UN General Assembly adopted yet another resolution demanding Israel to withdraw from the occupies Syrian Golan Heights in line with the resolution of June 4, 1967. However, UN General Assembly resolutions are non-binding and no more than a paper tiger without a unanimous decision by permanent UN Security Council members to enforce them; A highly unlikely prospect.

In its latest resolution, the UN General Assembly again condemned Israel’s non-compliance with UN Security Council (UNSC) Resolution 497 (1981).  The General Assembly reiterated that Israel’s decision from December 14, 1981, to impose Israeli laws, administration and custody on the occupies Syrian Golan Heights is null and void, and has no legality at all.

The latest UNGA resolution was adopted by an overwhelming majority of UN member States. The resolution reaffirmed the illegality of acquiring territories through the use of military force. The General Assembly also reiterated that Israel’s continued occupation and enforcement of Israeli law and administration violates international law, the UN Charter and the Geneva Convention’s principles on the protection of civilians during war.

During the UNGA session, a number of states condemned the Israeli practices in the occupied Syrian Golan, calling on Israel to withdraw from Golan into the line of June 4th, 1967. 37 states proposed the now adopted draft resolution.

However, UNGA resolutions are non-binding, and no more than a paper tiger without the permanent Security Council member’s will to put the money where their mouth was, when they adopted UNSC Resolution 497 (1981) – decades ago.

Moreover, non of the permanent UNSC members, China, France, Russia, United Kingdom, and the United States of America has taken any tangible steps when now former Israeli Foreign Minister Avigdor Lieberman defiantly declared that “Israel and the Golan are part and parcel” and that “the international community should get used to facing the fact that Israel will permanently annex the Syrian territory“.

The most favorite scapegoat among permanent UNSC members with regard to supporting Israel and neglecting Israel’s illegal occupation of the Golan is the United States. However, Russia is in no way more actively pursuing Israel’s adherence with UNSC Resolution 497 (1981) than any other of the self-anointed permanent UNSC members. In April 2016 Russia and Russian President Vladimir Putin were ominously silent about the Golan when Israeli PM Benjamin Netanyahu visited Moscow. Russia failed to respond to what Netanyahu had declared “a red line” – the occupation of the Golan.

A brief review of recent history pertaining the Israeli occupation, international affairs and Israel’s use of the Golan to wage war on Syria will suffice to show that the UN System has failed, utterly, and that it has perverted to the point that many analysts call for abolishing the UN altogether.

In June 2013, an Austrian UN Disengagement and Observer Force (UNDOF) officer told the press that Israel is running a joint operations room with insurgents in Syria in the Golan. The UNSC failed to respond and more importantly, failed to take action. In July 2013 the Syrian permanent representative to the United Nations in Geneva, Dr. Fayssal al-Hamwi, stressed, that Israel, since it occupied the Syrian Golan Highs in 1967, has displaced about half a million of the Golan´s original inhabitants.

Also, in February 2014, Israeli PM Benjamin Netanyahu preempted a public relations quagmire by visiting a field hospital for “Syrian Freedom Fighters” in the Golan to show how much Israel cares and does on the humanitarian front. It turned out the “Freedom Fighters” belonged to the Syrian Al-Qaeda franchise Jabhat al-Nusra.

In March 2014, Israel launched one of may military attacks against Syrian military and security forces from the Golan while the UNSC and most media were “silent”.

In April 2014, The Director of Israel’s Military Intelligence, Brigadier General Aviv Kochavi, a protegé of the now deceased Ariel Sharon, was appointed to head the Israeli Defense Forces Northern Command. nsnbc international editor-in-chief Christof Lehmann reported that the appointment of Kochavi indicated that Israel is planning larger-scale military operations via the Golan in the near future and the widening of the war in Syria. Lehmann was right on the money.

In May 2014, Israel denied Syrians in the Golan the right to participate in Syrian elections. The UN was “silent”. In mid-April 2016, ahead of talks with Russian President Vladimir Putin, Israeli PM Benjamin Netanyahu affirmed the Israel would hold on to the Golan.

In September 2014, Israeli machinations resulted in the displacement of UNDOF troops from a 12 – 16 kilometer-wide corridor in the disengagement zone in the Golan by Jabhat Al-Nusra.. The corridor has since been used to supply Al-Nusra and other terrorists and to launch attacks against Syria. (see map).

All permanent UNSC members with the exception of Russia were “silent”. Russian diplomats tentatively spoke out against terminating the peace keeping mission in the Golan. The UNSC failed to take action.

In 2015, it transpired that Israel planned a major hydrocarbon extraction project in the Golan. Partners in crime include Genier Energy. On the board of directors, Dick Cheney, James Woolsey, Bill Richardson, Jacob Lord Rothschild, Rupert Murdoch, Larry Summers and Michael Steinhardt, among others.

On April 20, 2016, nsnbc international editor-in-chief Christof Lehmann noted that Netanyahu’s “Red Line” would be a litmus test for Russia as permanent UNSC member. On April 21, following talks between Putin and Netanyahu in Moscow, it could be concluded that Russia had failed, spectacularly.

In September 2016, Israel started a wave of home demolitions in the Golan, the UNSC was “silent”.  In October 2016 Israel announced plans to build 1,600 settlement units in the Golan, non of the permanent UNSC members took action. So much to the latest of the UN General Assembly’s paper tigers.