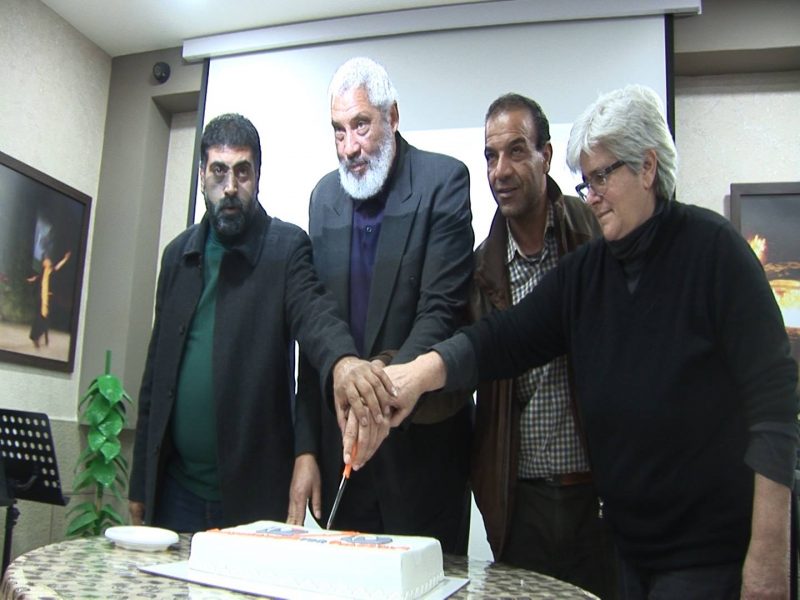 This Friday, the Lajee Cultural center, located in Aida Refugee Camp, Bethlehem, held a memorial for the two children, Abdul-Rahman Obeidallah, who was killed by an Israeli sniper on his way home from school, and African-American Tamir Rice, who was killed by the US police while playing with a toy gun.

The memorial, held by Lajee staff and children, the  family of Obeidallah and a delegation of heads of US churches, and Playgrounds for Palestine, is calling for the protection of innocent children.

The memorial was set up in the garden of Lajee Center, and displays paintings of Tamir and Abdul-Rahman with an excerpt from the UN Convention on the Rights of the Child, in English and in Arabic: “Every child has the right to engage in play and recreational activities and to participate freely in cultural life and the arts.”

A game donated by the Playgrounds for Palestine was also installed in the garden, according to the PNN.

Rice, 12, was shot-dead by a US policeman on November 23, 2014, on a playground in Cleveland, Ohio, while Obeidallah, 13, was shot dead by an Israeli sniper in Aida camp on 5 October, 2015, sparking an uprising known as “Al-Quds Intifada.”

The delegation of heads of churches expressed their solidarity with the Palestinian children, saying that the Black Lives Matter movement stresses that all lives, especially Palestinians, matter as much.

The delegates added that being in Aida to commemorate the memorial is a big honor and a badge of solidarity with innocent children unjustly killed, adding that they will continue to spread this message wherever they go.

Father of Abdul-Rahman, Shadi Obeidallah, said he was grateful to see such initiative and support for the Palestinians.

He also demanded protection for the children of Aida camp and all of Palestine, who are suffering everyday from shooting and snipers, wishing them the best  future.

For his part, head of Lajee Center, Salah Ajarma, said that this memorial aims to commemorate the life of victims of violence and racism in both Palestine and all over the world.

Ajarma added that this activity comes to reiterate the rights of children and their right to live in dignity and security,  which was also related to having a safe garden for the children to play in.

The children of Lajee also thanked the donors for the games, which they said will bring joy and happiness into their lives. In addition, the children thanked them for reviving the memory of Obeidallah side to side with Rice, as an indication of solidarity.

IMEMC Human Interest 11/28/16 — Dakota Access: There is Only One Struggle