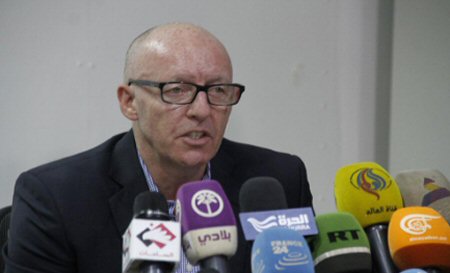 The sources didn’t clarify as to whether his arrival is to arrange for a visit from the Special Coordinator for the Middle East Peace Process, Nickolay Mladenov, as part of the ongoing truce talks between factions in Gaza and Israeli occupation.

Mladenov has visited the region several times, travelling between Tel Aviv and Gaza, as part of his efforts to facilitate a truce brokered by Egypt.

Palestinians in Gaza have been protesting since 30 March, against the 11-year siege imposed on the Strip, as well as to reinforce their right to return to homes they were forced out of, to make way for the creation of the state of Israel in 1948.

More than 220 Palestinians have been killed during the protests, as Israeli occupation forces used live munition, rubber-coated metal bullets and tear gas to disperse the crowds along the Gaza-Israel barrier. More than 22,000 have been wounded.