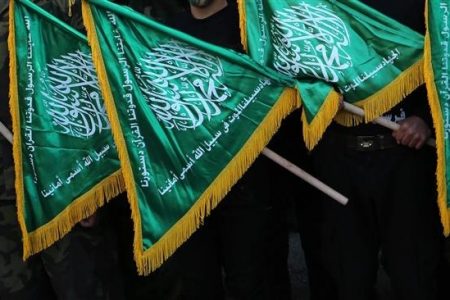 The United Nations Special Coordinator for the Middle East Peace Process expressed support for Hamas’ expressed willingness to reconcile with the Fateh movement, head of the Ramallah-based Palestinian Authority (PA), in a statement released on Wednesday.

Nickolay Mladenov said that he welcomed developments this week, after a Hamas delegation in Cairo stated that it was ready to hold meetings with the Fateh movement, Hamas’ longtime rival.

“Reconciliation is critical to addressing the grave humanitarian crisis in Gaza, preventing the continuing militant buildup and restoring hope for the future,” Mladenov said.

He urged parties to “seize the current positive momentum” in order to “immediately take up its responsibilities in Gaza.”

“Gaza is and must be an integral part of any future Palestinian state. Unity is an essential step towards the peaceful realisation of the Palestinian national aspirations,” Mladenov added, according to Ma’an News Agency.

Hamas said in a statement, following meetings in Cairo, that it was ready to “immediately” sign an agreement with Fateh, and also reiterated claims it was ready to disband its administrative committee — formed earlier this year to the outrage of the PA, which accused Hamas of attempting to form a shadow government and run Gaza independent of the occupied West Bank.

The PA has since been accused of deliberately sending the impoverished Gaza Strip further into a humanitarian catastrophe — by slashing funding for Israeli fuel, medicine, and salaries for civil servants and former prisoners — in order to wrest control of the territory from Hamas.

Hamas leadership told Egyptian intelligence officials they would allow the Palestinian national consensus government to take charge and carry out elections, on the condition that all Palestinian factions hold a conference in Cairo afterwards to elect a national government responsible for the West Bank, Gaza Strip, and East Jerusalem.

Previously, Hamas’ offers for reconciliation have called on Palestinian President Mahmoud Abbas to put an end to recent policies imposed on the besieged coastal enclave.

Abbas has meanwhile threatened to undertake further repressive measures against the impoverished territory should Hamas not unconditionally abide by the PA’s demands to end the administrative committee, relinquish control of the enclave to the PA, and hold presidential and legislative elections.

Meanwhile, Majid al-Fitiani, an official in the Fateh movement, told China’s Xinhua news outlet on Wednesday that Hamas was advancing a policy of “maneuvering by calling for new meetings,” emphasizing that national reconciliation did not require new meetings “because we have held innumerable meetings with Hamas in the past ten years without actual implementation for what is agreed upon.”

Hamas “aims at inspiring the Palestinian people with efforts to achieve reconciliation, while on the ground the internal division is being consecrated,” he reportedly said.

The two parties have been embroiled in a bitter conflict for more than a decade, since Hamas won legislative elections in the occupied Palestinian territory in 2006.