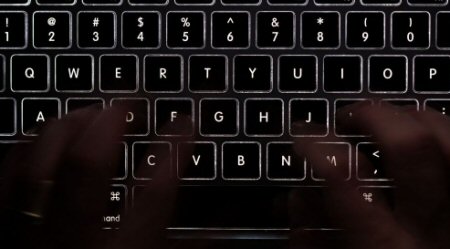 The unit began operation during the second half of 2015 and is responsible for “dealing with cyberspace enforcement challenges” via censorship of social media posts. This censorship – conducted in collaboration and coordination with social media outlets, including U.S.-based giants Facebook and Twitter – entails the removal of content added by users, restriction of access to certain websites, and outright blocking of users’ access to these sites.

Adalah Attorney Fady Khoury wrote in the letter that much of the unit’s censorship operations are conducted without any basis in Israeli law:

“Nothing in the law allows state authorities to censor content based solely on an administrative determination… that the content amounts to a criminal offense. Likewise, there is no explicit directive in [Israeli] law authorizing the removal of content determined to amount to a criminal offense, even by a court.”

According to the Cyber Unit’s own end-of-year 2016 report, it handled 2,241 cases of online content that were ostensibly posted in violation of the law; 1,554 of these were removed as a result of the unit’s operations.

While private bodies such as social media corporations are not subject to Israeli public law and therefore may lawfully choose to remove content in accordance with their terms of service, state agents – such as the Cyber Unit – are indeed subject to Israeli law and much of their censorship activities are therefore illegal.

According to Attorney Khoury, Cyber Unit operations are a clear violation of free speech:

“In this context, a determination by the State’s Attorney’s Office, through the Cyber Unit, that a certain expression posted on social media websites amounts to a criminal offence is tantamount to an unproven suspicion. The Cyber Unit cannot impose sanctions based solely on this suspicion, let alone severe sanctions in the form of censorship. The authorities are not allowed to demand the removal of speech that has not yet been proven to be criminal, even if it is unpleasant to their ears. All speech should enjoy a ‘presumption of legality’ (akin to the presumption of innocence) until a court of law declares it illegal… When the Cyber Unit appeals to a service provider with a request to censor content based on its suspicion that the concerned content is expression forbidden by law and without a final [judicial] ruling in the matter, this constitutes an unconstitutional violation of freedom of speech.”

Adalah also noted that Cyber Unit operations are a violation of the principle of separation of powers:

“The pretense of deciding upon the criminalization of expression, without appealing to the court or conducting any legal proceeding – and upon this basis determine censorship sanctions – impinges upon and supplants judicial authority and leads to the infringement of the principle of separation of powers. Cyber Unit clerks and administrative officials decide for themselves, within the framework of an alternative enforcement system, if a certain instance of expression ‘is incitement to violence and terror, and support of a terror organization’ or is a ‘forbidden publication towards public servants in the framework of their jobs…’ The obvious conclusion is that the state attorney is usurping judicial authority –reserved for the judicial branch – illegally and without any legal authorization.”

According to Twitter and Facebook transparency reports, available on their websites, the respective sites remove a significant amount of content at the request of governments around the world. The reports note that the companies fulfill government requests upon finding that the post violates either their Community Standards or the requesting government’s laws, although the former does not count in the total numbers reported by Facebook.[1] For Twitter, the total number of requests made by governments is included below. For the July-December 2016 period, the sites granted requests for the following countries (among others):

In the United States, there have been high profile instances of government requests to censor specific online content.

One successful attempt was in the case of recordings posted by Korryn Gaines, a woman who was shot dead by Baltimore County police officers. The killing was the culmination of an hours-long standoff between her and police, during which time Gaines had live posted a recording on Facebook. She also posted to her Instagram account a video of an earlier interaction with police. Following her killing, both of these accounts were taken offline following a request from police. While the accounts were eventually reinstated, two of the videos Gaines posted continued to be restricted for violating Facebook community standards.[4]

Not the first time

This is not the first time Adalah has revealed Israeli state agents operating without any domestic legal authority.

In August 2016, Adalah sent a letter to Israeli Attorney General Avichai Mandelblit and Israel Airports Authority Director General Yaakov Ganot calling on them to halt the overtly illegal practices of strip searching and forcing security escorts on Arab passengers in Israel’s airport. There is no Israeli law authorizing state representatives to carry out these practices.

In the context of pre-boarding security checks, Adalah wrote: “The Flight Law (Security in Civil Aviation) 1977, which deals with the security of flights and passengers and includes a list of authorized acts that may be employed in order to fulfill the purpose of the law, does not authorize Israeli airline security personnel to ask passengers to strip naked and to conduct searches or to escort them to the boarding gates.”