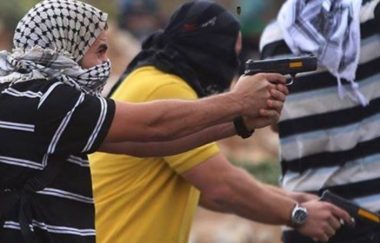 Undercover soldiers of the Israeli army infiltrated, Friday, an area close to the Hebron Governmental Hospital, in the southern West Bank city of Hebron, and abducted five young Palestinian men.

Eyewitnesses said clashes took place between local youngsters and Israeli soldiers, who invaded the Zawiya area, and the area surrounding the hospital.

They added that undercover soldiers infiltrated the area through King Talal Street, next to the hospital, and ambushed five young men, before repeatedly assaulting them, and took them to an unknown destination.

The soldiers also threw a sound bomb at the Emergency Unit of the hospital, shattering its windows.