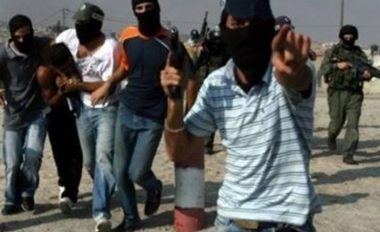 Eyewitnesses said the undercover soldiers were driving a truck, before attacking Bassel Filian and Tawfiq Abu ’Arqoub, and took them to an unknown destination.

Bassel is a Business and Economy student, while Tawfiq is an Engineering student; the undercover officers also fired several live rounds into the air before withdrawing from the area, and handed the two to a regular army unit.

Also at dawn, the soldiers abducted two Palestinians in the northern West Bank district of Jenin, and two others in Tubas district, in the northeastern part of West Bank, during invasions and violent searches of homes.