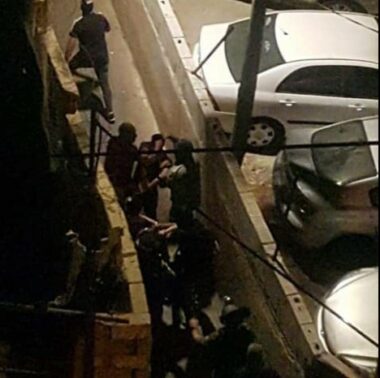 The Wadi Hilweh Information Center in Silwan (Silwanic), said the undercover soldiers ambushed the three Palestinians and assaulted them.

It added that the undercover soldiers then forced the three Palestinians, who remained unidentified at the time of this report, in a car they were driving and sped to an unknown destination.

Protests erupted after the young men were abducted when regular army units invaded the town to facilitate the retreat of the undercover officers.

In related news, Israeli soldiers abducted a Palestinian man from Hebron, in southern West Bank, while he was crossing back into the West Bank after visiting relatives in Jordan.