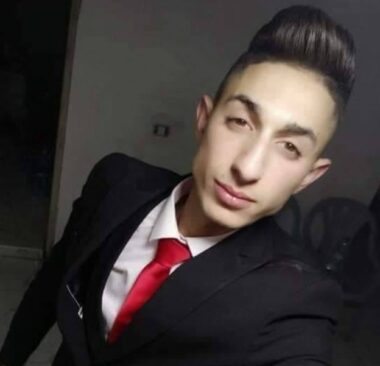 Undercover Israeli soldiers abducted a young man, the brother of the Palestinian who carried out the shooting attack in Tel Aviv in April of this year, after ambushing him near Jenin, in the northern part of the occupied West Bank.

The soldiers ambushed and abducted Homam Fathi Zidan on the main Jenin-Nablus Road after ambushing a car he was riding.

The family said a military jeep rammed the car transporting Humam before undercover officers in a civilian car jumped at his vehicle and abducted him.

It is worth mentioning that the soldiers have been trying to abduct the young man. However, he recently managed to escape being captured after the soldiers attacked him while he was with his mother and younger brother and opened fire on them.

The Tel Aviv shooting on April 7th, 2022, led to the death of two Israelis, Tomar Morad, and Eitam Megini, while eight Israelis were injured. On April 8th, Barak Lofen, 35, died from his serious wounds.

Israeli troops located and detained the Palestinian Ra’ad Fathi Hazem from Jenin refugee camp while searching near a mosque in Jaffa.